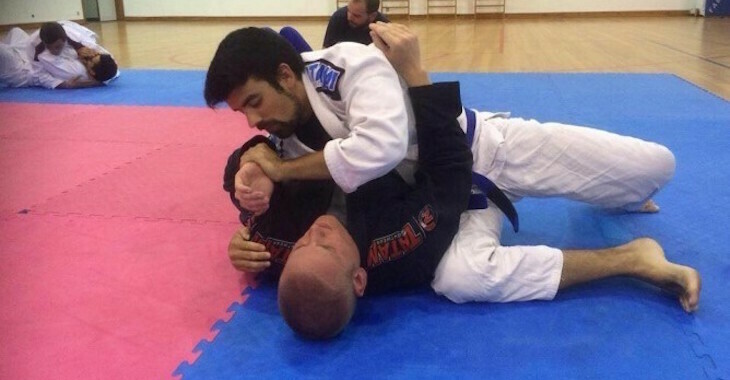 The world learned the names Spencer Stone, Alek Skarlatos, and Anthony Sadler this weekend when they acted and prevented a potential terrorist attack on a Paris train.

The three Americans were on a train heading from Amsterdam to Paris when they heard gunshots. They were coming from a man who had brought an AK-47 with multiple magazines of ammunition and a boxcutter onto the train. The man started to attack passengers.

During the struggle Stone, who is also a Brazilian Jiu-Jitsu practitioner, used a rear-naked choke to put the man to sleep. JiuJitsuportugal.com reports that Stone trains out of Portugal, where he’s stationed, at a local branch of Gracie Lisbon.

The attacker was subdued and stopped without any loss of life, although there were injuries, including Stone who got cut with the box cutter.