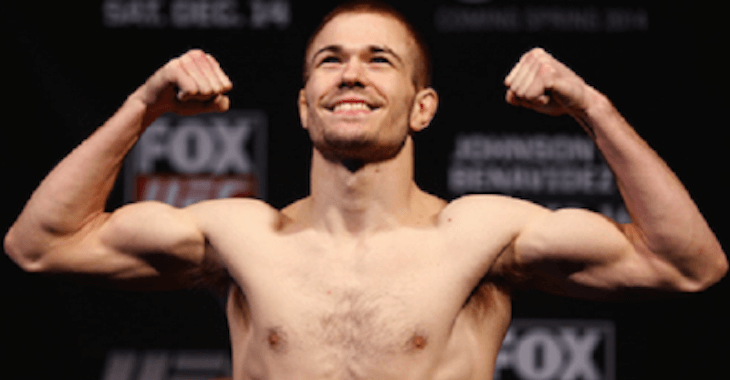 UFC bantamweight Michael McDonald is looking to make his long awaited return to the octagon before the end of the year.

Reported on Wednesday’s UFC Tonight, McDonald’s coach says the fighter is all healed up and looking to get a fight before 2015 comes to an end.

McDonald has been out since Dec. of 2013, when he fought Urijah Faber at UFC on FOX 9 and lost via second round submission.

Since then the fighter has had ongoing injury problems with his right hand. Apparently it’s all healed up and he’s eager to return to action. McDonald is still young, and before losing to Faber was a solid 5-1 in the UFC. McDonald fought for the interim bantamweight title in Feb. of 2013 against Renan Barao. He lost that fight via submission in the fourth round, but still, is considered to be a top fighter in the 135 division.

Who would you like to see him matched up with when he comes back?