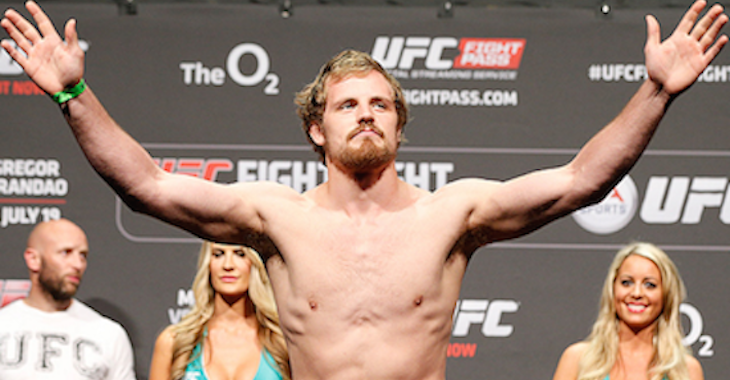 A welterweight bout between Demian Maia and Gunnar Nelson is the latest addition to December’s stacked UFC 194 fight card.

Demian Maia (21-6 MMA) will be looking to extend his current win streak to four in a row when he squares off with Gunnar Nelson in Sin City. The former UFC middleweight title challenger was most recently seen in action at last month’s UFC 190 event, where he scored a submission victory over Neil Magny. Maia has gone 6-2 over his past eight fights, suffering losses to Rory MacDonald and Jake Sheilds in that time.

Meanwhile, Gunnar Nelson (14-1-1 MMA) is coming off a submissionn victory over Brandon Thatch, which he earned at July’s UFC 189 event in Las Vegas. Prior to the win, “Gunni” had suffered the first loss of his MMA career when he was out-pointed by Rick Story at UFC Fight Night 53.

Who do you have winning this welterweight tilt? Sound off Penn Nation!