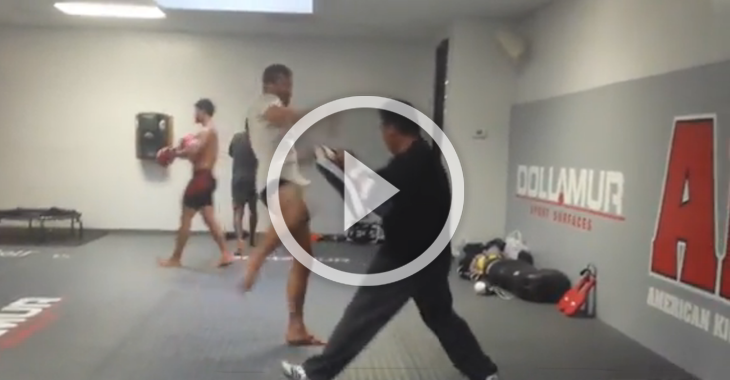 UFC middleweight and upcoming title challenger Luke Rockhold is preparing for his scheduled fight with champ Chris Weidman, which will take place at UFC 194.

Rockhold is undoubtedly one of the best in the division, with a record of 14-2 and an impressive four-fight win streak, which includes wins over Lyoto Machida, Michael Bisping, Tim Boetsch and Costas Philippou. Before that he was on a 9 fight winning streak, until losing to Vitor Belfort.

Rockhold trains over at AKA with current and former UFC champs Daniel Cormier and Cain Velasquez.

Check out this video, shot by BJPENN.COM.’s Layzie The Savage, of Rockhold unloading on pads with some deadly kicks! So, could you take one?