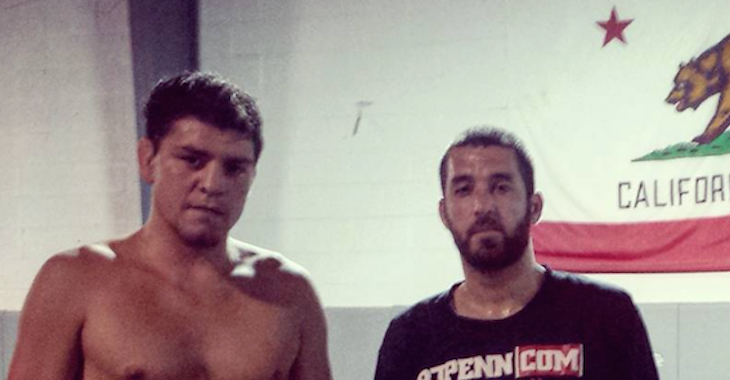 UFC welterweight/middleweight Nick Diaz might not have a fight coming up, but that doesn’t mean he’s not in the gym.

In fact, the guy just got done doing one of those Ironman races. Diaz is still on the sidelines and waiting for his hearing with the Nevada State Athletic Commission in regards to his failed drug test from UFC 183, when he tested positive for marijuana. Unlike his opponent, Anderson Silva, who tested positive for several different PEDs and went before the commission who handed him a one year suspension, Diaz has yet to get his day in ‘court’.

His hearing, which was supposed to be on the same day as Silva’s got pushed back due to his lawyer having scheduling issues.

Any way, all that will get put to rest next month.

In the meantime, check out this picture of Diaz in the gym and looking absolutely ripped!