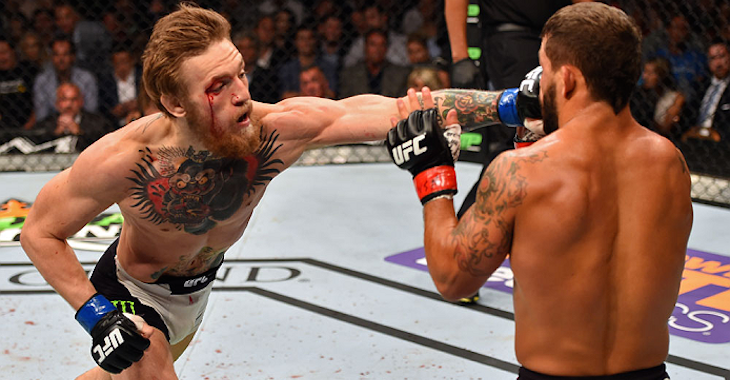 UFC featherweight champion Jose Aldo says he didn’t think Chad Mendes was going to win at UFC 189, but didn’t bother to watch the fight to see if he was right.

Aldo told MMAJunkie that he simply does not care about Conor McGregor and had no intentions of watching the fight, instead watched a soccer game. As we all know, Aldo was scheduled to fight McGregor at the massive event in Las Vegas, but pulled out two weeks before with a rib injury.

In his place, Team Alpha Male’s Chad Mendes stepped up and took the fight. Mendes put up a hell of a fight, considering he only had two weeks, and actually managed to get McGregor to the ground where he pounded on him for a while.

Ultimately, in the second round, Mendes grew tired and got caught with a few big punches from the Irishmen, that put him down and ended the fight.

“A lot of friends called me and told me, ‘You’re going to kill this guy for sure.’”

Who do you think wins when they finally (hopefully) step into the octagon on Dec. 12.?