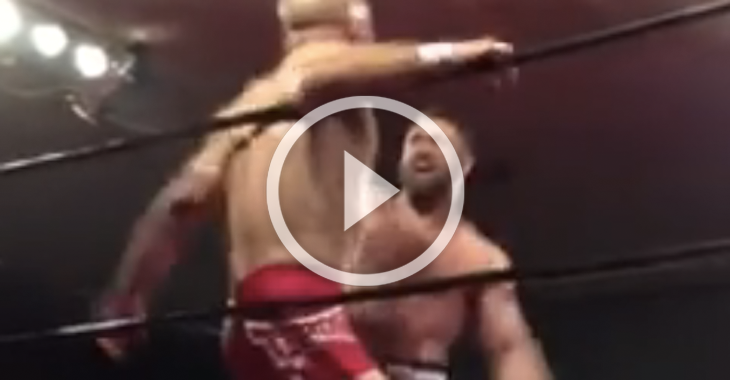 Yes, wrestling may be scripted. There are tricks to make everything look more brutal than it really is. Don’t kid yourself though; Everything you see take place inside of a wrestling ring hurts.

It hurts even more for the opponents stepping into the ring with “New York Badass” Phil Baroni. Baroni is breaking into the world of professional wrestling and is showing his endurance by wrestling THREE wrestling matches in one night.

Baroni wrestled former TNA and ROH Champion Kenny King and put on an impressive display. Check out the clips from his matches below!