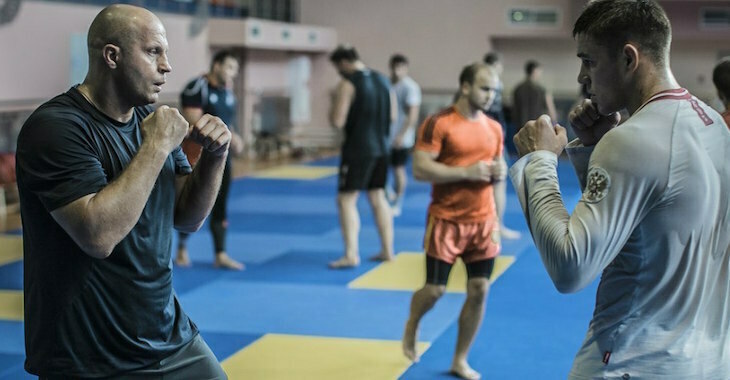 Fedor Emelianenko is busy training for his eventual MMA return. Fans and media are still waiting to see where he will end up and of course, who he will fight.

A lot of chatter has been pointing to him going to the UFC, but still nothing even remotely official has come out. Fedor has said multiple times that he’s interested in a rematch with Fabricio Werdum, who is of course the UFC champion.

Well what about Bellator, he’s worked with Scott Coker before in Strikeforce.

Just recently Bellator MMA’s Coker came out and said that they have yet to talk to Fedor’s camp about signing him.

You have to think that if it’s not Bellator than the UFC has a pretty good chance at grabbing him, unless he decides to stay put in Russia and fight over there. I guess we’ll see.

In the meantime, check out these photos of Fedor training.