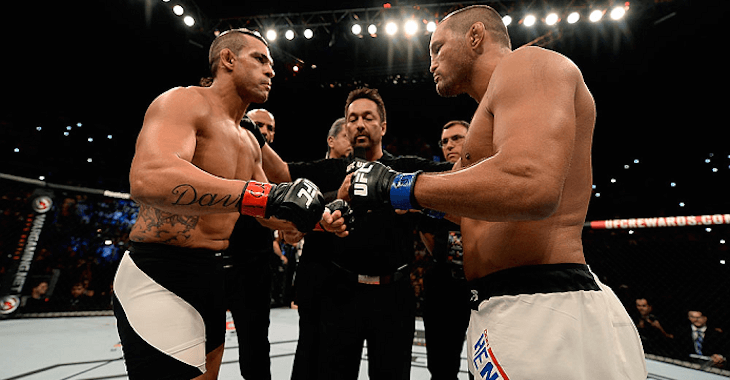 UFC Fight Night 77 in Brazil proved to be an exciting night for fight fans. In the main event, MMA pioneers Vitor Belfort and Dan Henderson met for the third time. The night proved to be in favor of the Brazilian “Phenom,” winning at 2:07 mark of the first round after a head kick stunned Henderson, only to be followed up by a barrage of punches on the ground.

Some interesting facts put out by MMA Junkie in conjunction with FightMetric about Belfort and Henderson’s prized careers:

Where do Belfort and Henderson go from here? Give us your thoughts in the comment section!