Yair Rodriguez is back with the UFC!

The featherweight standout confirmed the news earlier today on Twitter, this following an initial report from ESPN on Friday afternoon.

“I address to all my fans, friends and family for always been supportive of my career. As well I’ll like to thank all of those companies showing interest on my persona and work. – Sean Shelby and I have a friend in common, Mario Delgado, he was the connection between us. He set up a meeting between Sean & I, where we had a friendly conversation during lunch on Friday. We got into the interview realization that what happened was a big miscommunication and bad timing. After the conversation I’m happy to know that the UFC & I are in the best terms ever and now I’m back in track to chase my dream of become a UFC champion. Zabit Magomedsharipov, see you September 8th in Las Vegas . Respectfully, Yair Rodriguez. Viva Mexico!” 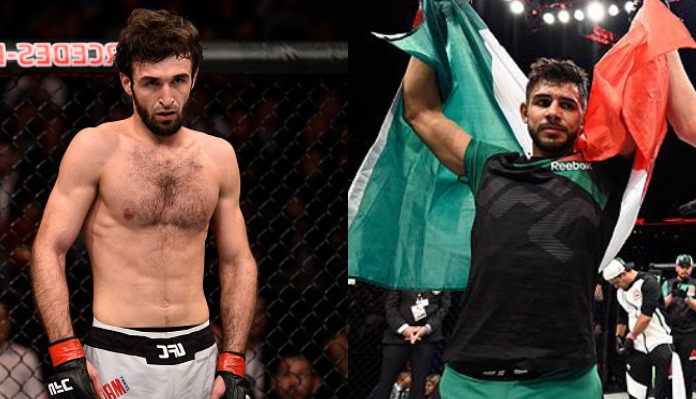 The news puts an end to the “El Pantera” saga with the Ultimate Fighting Championship which lasted almost three weeks.

During that time UFC President Dana White announced that Yair Rodriguez had been booked to fight Zabit Magomedsharipov. Rodriguez took exception to that by tweeting that the bout was “fake news”. White would eventually respond to Yair on Twitter by replying “real news.”

Despite butting heads over the past month, Dana White and Yair Rodriguez now seem to be on the same page as “El Pantera” will rerturn to the octagon against the aformentioned Zabit Magomedsharipov on September 8 in Las Vegas.

Who do you think will win this potential fight of the year candidate? Sound off PENN Nation!