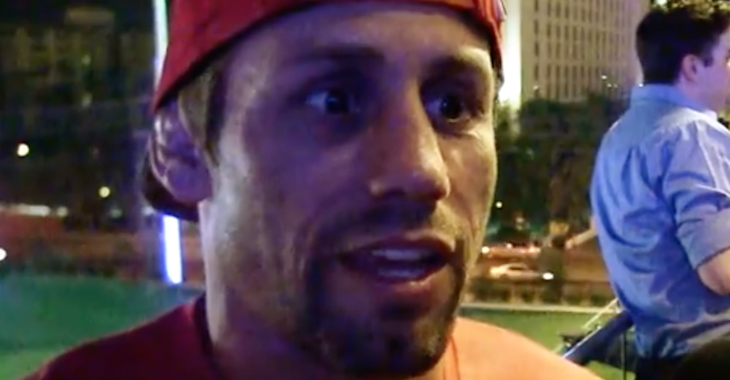 Urijah Faber was not at all happy following tonight’s UFC Orlando main event!

Former UFC bantamweight title challenger Urijah Faber was not happy after he witnessed his friend and pupil Josh Emmett suffer a brutal knockout loss at the hands (and knee) of Jeremy Stephens.

After being dropped by Emmett late in round one, Stephens was able to rally in round two and ended up dropping the Team Alpha Male product with a left hand.

From there, Jeremy went in for the kill but in doing so appeared to land not only an illegal knee but also some illegal elbows to the back of the head of Emmett.

Shortly following tonight’s thrilling main event in Orlando, which unfortunately is now marred in controversy, Urijah Faber took to Instagram where he voiced his displeasure with the stoppage.

Gimme a break! Feel for @joshemmettufc, congrats @lilheathenmma but that was an illegal knee.

What did you think of the finish in tonight’s UFC on FOX 28 main event between Jeremy Stephens and Josh Emmett? Do you think the Team Alpha Male member should appeal the loss? Sound off PENN Nation!