Home » MMA News » UFC » Urijah Faber reveals how close he was to fighting ... 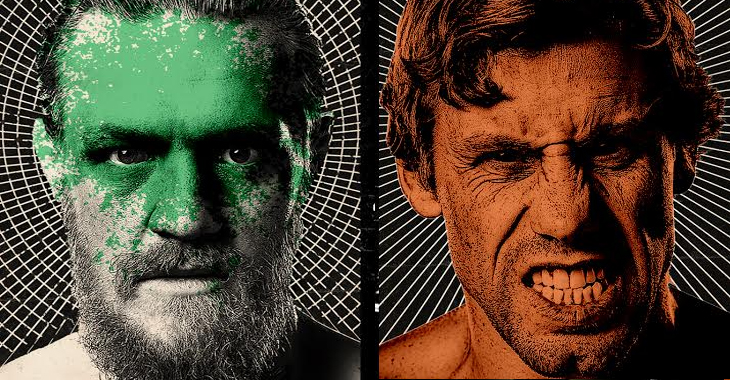 At that event in March 2016, it was supposed to ‘The Notorious’ moving up to lightweight. The then UFC featherweight champion was expected to face Rafael dos Anjos, the-then lightweight titleholder. However, weeks before the fight, the Brazilian got injured.

With that, the UFC began scrambling for a replacement fighter. The role eventually went to Nate Diaz, who stepped in on 11 days’ notice. The Stockton-native famously shook up the world, upsetting McGregor by second-round submission.

The fight and subsequent rematch were two of the biggest fights in MMA history. However, they nearly didn’t happen. According to Urijah Faber in a recent interview on Morning Kombat, he was told he was fighting Conor McGregor at UFC 196.

During the interview, ‘The California Kid’ revealed other names such as Frankie Edgar, and Anthony Pettis were also considered. After Diaz first declined the fight, Faber was told the fight was his.

The UFC then gave the fan-favorite another go after Conor McGregor vouched for the matchup, and the rest is history. 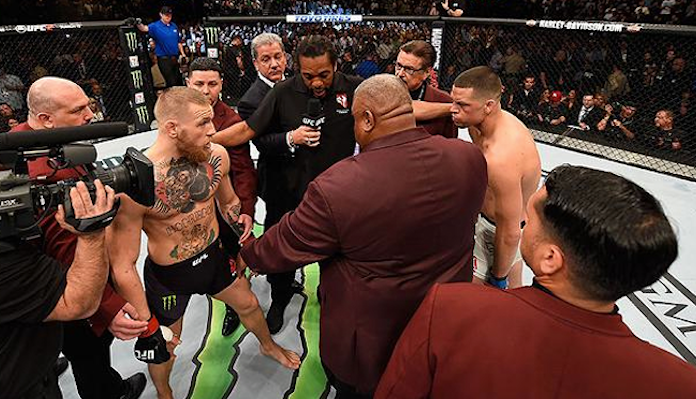 “I wanted that fight, not because I dislike Conor, I actually love Conor. We have hilarious conversations on DM all the time, he’s a riot. But that’s the fight, he knows that, he knows that was the fight for me. Dana goes like ‘Hey kid, I know I told you you aren’t going to get this fight, but we need you to step in’. This is at 55, and I’m a 35′ pounder, and I said ‘Yes, let’s do it’. He goes ‘You’re our guy!’

Urijah Faber continued, “I start doing some research. Frankie Edgar is injured, Cowboy was coming off a loss to RDA, and Conor said I’m not fighting him off a loss. Pettis was on a skid, Aldo didn’t want the fight, and Nate Diaz told them to f*ck off because they wanted to extend his contract.”

“All those guys are out, and Dana says ‘You’re the guy’…Conor said I want Diaz, Conor made the call. He didn’t want to fight me.”

Who do you think would’ve won this matchup? Sound off in the comment section below!