Tonight’s men’s featherweight main event did not end in the fashion anyone had hoped for. After an exciting opening four minutes, ‘The Boston Finisher’ appeared to blow out his knee in the late stages of round one. Kattar decided to continue fighting for round two but immediately proceeded to collapse following a low kick from Allen. The fight was immediately waved off by the referee and ‘Almighty’ walked away the victor.

The co-main event of UFC Vegas 63 featured a highly anticipated welterweight contest that saw Max Griffin take on Tim Means. The bout resulted in a hard-fought back and forth affair, with ‘Pain’ taking home a split decision win. 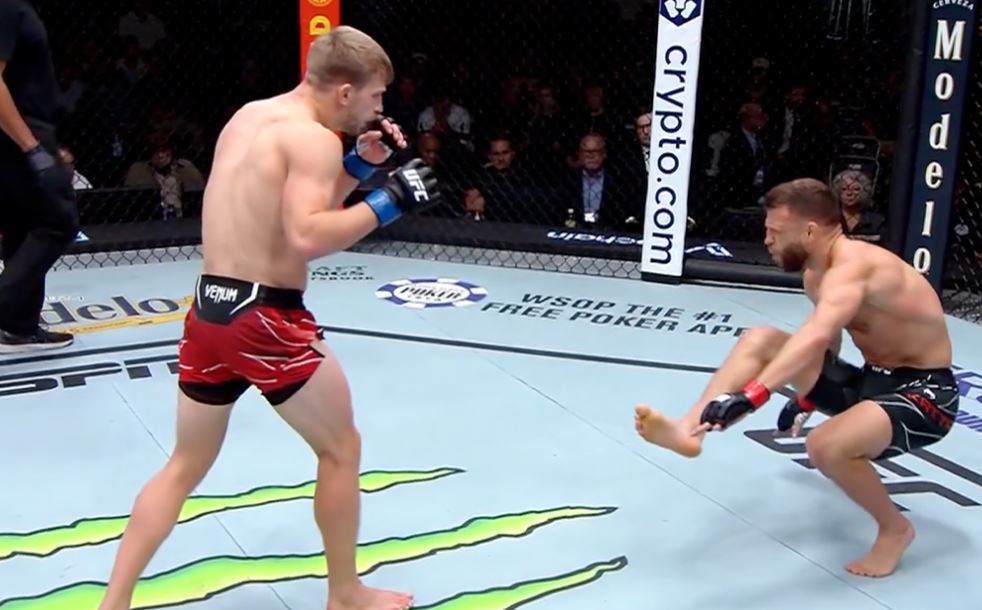 Performance of the night: Christian Rodríguez pocketed an extra $50k for his first-round submission victory over Joshua Weems.

Performance of the night: Steve Garcia earned an extra $50k for his first-round TKO victory over Chase Hooper.

Performance of the night: Roman Dolidze pocketed an extra $50k for his first-round knockout victory over Phil Hawes.

Performance of the night: Tresean Gore earned an extra $50k for his second-round submission victory over Josh Fremd.

Are you surprised by any of the performance bonuses handed out by Dana White and company following the conclusion of tonight’s UFC Vegas 63 event?