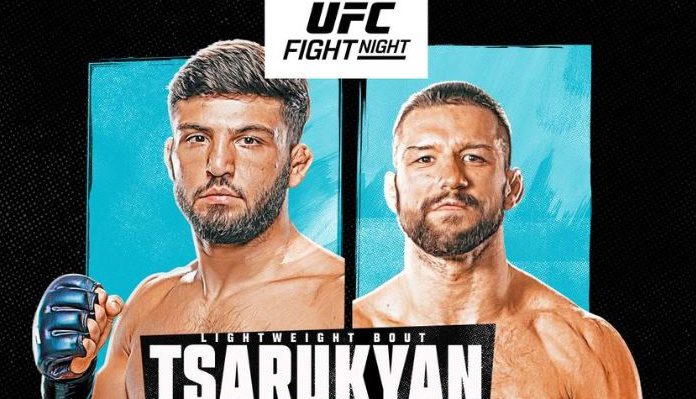 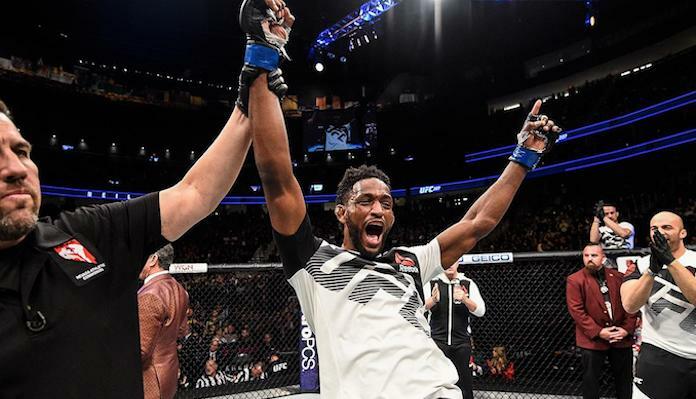 Magny (26-8 MMA) will enter the contest on a two-fight winning streak, his most recent being a split decision win over Max Griffin. The welterweight veteran has gone 5-1 over his past six Octagon appearances overall.

Meanwhile, Shavkat Rakhmonov (15-0 MMA) has gone a perfect 3-0 since joining the UFC ranks in October of 2020. The Kazakhstan native most recently competed back in February, where he scored a first round knockout victory over Carlston Harris.

If that wasn’t enough to get you interested, tonight’s UFC Vegas 57 event also features the return of Umar Nurmagomedov. The undefeated bantamweight is set to collide with Nate Maness on the evenings main card.

Neil Magny vs. Shavkat Rakhmonov – Rakhmonov def. Magny via submission (guillotine choke) at 4:59 of Round 2

Josh Parisian vs. Alan Baudot – Parisian def. Baudot via TKO (punches) at 3:04 of Round 2

Thiago Moisés vs. Christos Giagos – Moises def. Giagos via Sub (rear-naked choke) at 3:05 of Round 1

Thiago "The Human Backpack" Moises gets the tap in the first 🎒

Brian Kelleher vs. Mario Bautista – Bautista def. Kelleher via submission (rear naked choke) at 2:27 of Round 1

Early domination to get the RD 1 finish! 💪 #UFCVegas57 pic.twitter.com/zKc6vfcdaB

Who are you picking to win tonight’s UFC Vegas 57 main event between Arman Tsarukyan and Mateusz Gamrot? Share your predictions in the comment section PENN Nation!