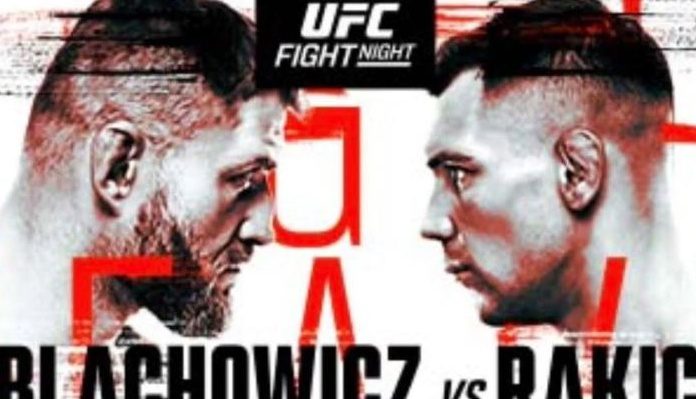 Blachowicz (28-9 MMA) will be returning to action for the first time since losing the UFC light heavyweight title to Glover Teixeira in October of 2021. Prior to that setback, the Polish standout was riding a five-fight winning streak.

UFC Vegas 54 is co-headlined by another key light heavyweight contest as Ryan Spann will throw down with Ion Cutelaba.

Spann (19-7 MMA) will enter the bout looking to rebound, this after suffering a submission loss to Anthony Smith his last time out. Prior to that loss, ‘Superman’ had scored a first round TKO victory over Misha Cirkunov.

Jan Blachowicz vs. Aleksandar Rakic – Blachowicz def. Rakic via TKO at 1:11 of Round 3

Rakić blows out his knee, Błachowicz gets the TKO win pic.twitter.com/38QqyWEHTY

Ryan Spann vs. Ion Cutelaba – Spann def. Cutelaba via submission at 2:22 of Round 1

WHAT A FIGHT 👏 #UFCVegas54 pic.twitter.com/OpbAMMf3IG

Frank Camacho vs. Manuel Torres – Torres def. Camacho via TKO (punches) at 3:27 of Round 1

Michael Johnson vs. Alan Patrick – Johnson def. Patrick via KO (punches) at 3:22 of Round 2

Nick Maximov vs. Andre Petroski – Petroski def. Maximov via technical submission (anaconda choke) at 1:16 of Round 1

Who are you picking to win tonight’s UFC Vegas 54 headliner between Jan Blachowicz and Aleksandar Rakic?