The highly anticipated strawweight main event resulted in a first round submission victory for the former division champion in Andrade (see that here). Jessica was able to secure a rare standing arm triangle choke in the early moments of the opening round which eventually forced Lemos to tapout.

The co-main event of UFC Vegas 52 featured a lightweight bout between Claudio Puelles (12-2 MMA) and Clay Guida (37-22 MMA). The contest ended in the very first round, this after ‘El Nino’ locked up a nasty kneebar submission that forced ‘The Carpenter’ to tapout (see that here). 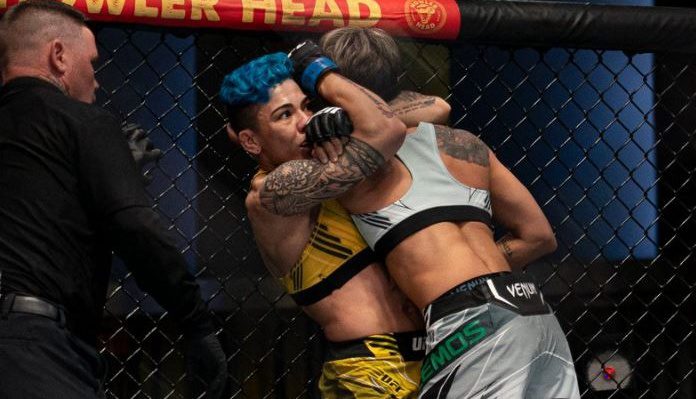 Surprisingly, Charles Jourdain did not take home a performance of the night bonus for his sensational submission victory over Lando Vannata.

Are you surprised by any of the performance bonuses handed out by Dana White and company following the conclusion of today’s UFC Vegas 52 event?