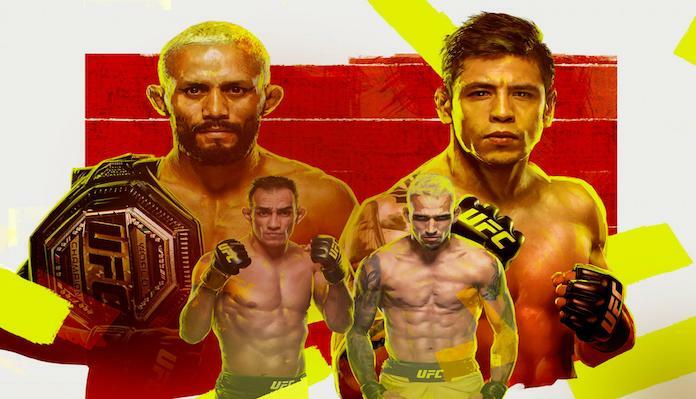 Figueiredo (20-1 MMA) notched his first career title defense at last month’s UFC 255 event, defeating Alex Perez in the very first round with a guillotine choke. The victory marked the Brazilians fifth in a row, and fourth consecutive finish.

Meanwhile, Brandon Moreno (18-5-1 MMA) was also most previously seen in action at UFC 255, where he earned a TKO victory over Brandon Royval. ‘The Assassin Baby‘ has gone 4-0-1 in his past five fights overall ahead of tonight’s UFC 256 headliner. 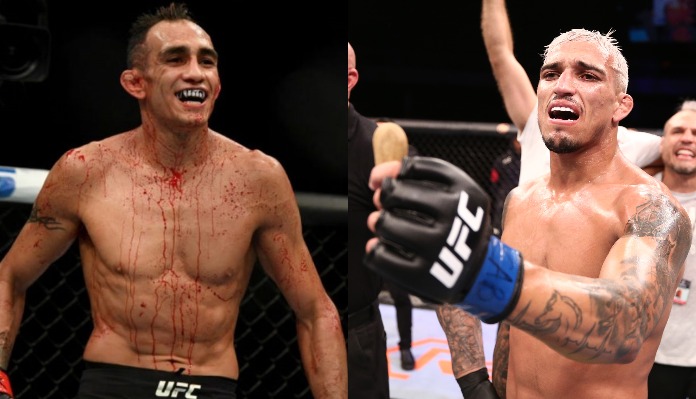 Ferguson (25-4 MMA) was last seen in action at May’s UFC 249 event where he suffered a fifth round TKO loss to Justin Gaethje in a fight for the promotions interim lightweight title.

Prior to the setback, ‘El Cucuy’ was riding a sensational twelve-fight win streak, which saw him net stoppage victories over Edson Barboza, Kevin Lee, Anthony Pettis and Donald Cerrone.

As for Charles Oliveira (29-8 MMA), ‘Do Bronx’ will be returning to action for the first time since submitting Kevin Lee this past March in Brazil. Oliveira will enter UFC 256 on a seven-fight win streak, with all 7 of those wins coming by way of stoppage. During that impressive stretch the submission specialist choked out five of his opponents.

Kevin Holland vs. Ronaldo Souza – Holland def. Souza via KO at 1:45 of Round 1

Daniel Pineda vs. Cub Swanson – Swanson def. Pineda via KO (punches) at 1:52 of Round 2

Rafael Fiziev vs. Renato Moicano – Fiziev def. Moicano via KO (punches) at 4:05 of Round 1

Peter Barrett vs. Chase Hooper – Hooper def. Barrett via submission (heel hook) at 3:02 of Round 3

Ladies and gentlemen, HE GOT HIM 👏@Chase_Hooper with a stunning comeback to open the night. #UFC256 pic.twitter.com/OxRnjpiPyA

Who are you picking to emerge victorious at tonight’s pay-per-view event in Las Vegas? Share your predictions in the comments section PENN Nation!