With Ferguson fighting Michael Chandler at UFC 274, Poirier said on social media it’s likely he will face the winner. If that is the case, it would be a phenomenal fight and a highly-anticipated bout between two all-action fighters, yet, ‘El Cucuy’ says Poirier is full of s**t and wouldn’t fight him.

“He’s full of sh*t. I’m gonna be real, he said he wanted to fight me many times, and I even gave him the opportunity, and someone gave him more money to be able to fight. The kid’s full of s**t,” Ferguson said at UFC 274 media day. “You know, nothing against Poirier or any of the other fighters, but I’m worried about Chandler. We prepared for this guy for UFC 274 for many, many weeks. I brought in some good, smart people to be able to structure all the stuff and all the talent that I have, to be able to go out there and go get this victory on Saturday night. I’m a different animal.” 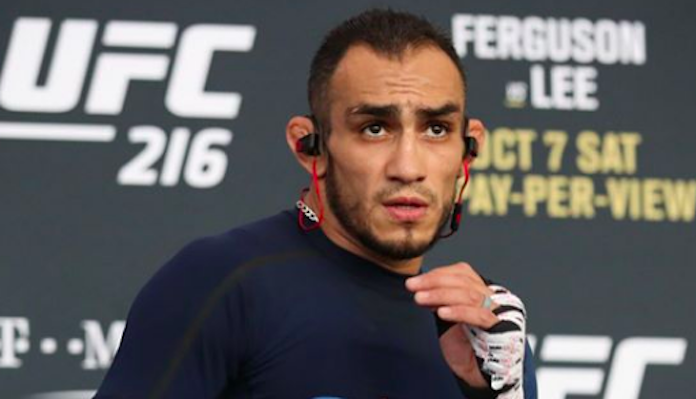 There is some truth to what Ferguson said as he was rumored to fight Dustin Poirier at UFC 257, to serve as the co-main event of Khabib Nurmagomedov vs. Justin Gaethje. Yet, the fight did not come to fruition as ‘The Diamond’ instead went and fought Conor McGregor. But, perhaps he is telling the truth now and would face Ferguson if he can pull off the upset on Saturday night.

In order for that fight to even happen, Tony Ferguson will need to beat Michael Chandler on Saturday. It’s a crucial fight for ‘El Cucuy’ who’s on a three-fight losing streak and if he loses this, his time as a contender will likely be over.

What do you make of Tony Ferguson taking a shot at Dustin Poirier?