Tai Tuivasa is sharing a DM exchange with Jon Jones, claiming ‘Bones’ has blocked him.

Tuivasa (14-3 MMA) is on a five fight winning streak which he is hoping to make six when he meets up with Ciryl Gane (10-1 MMA) in a heavyweight battle on September 3rd at the Accor Arena in Paris, France.

Jones (26-1 MMA) has not fought since February of 2020 where he defeated Dominick Reyes (12-3 MMA) by unanimous decision at UFC 247. Jones is apparently ready to debut as a heavyweight and is just waiting on an opponent.

There are indications that Jones may get in the cage with former champion Stipe Miocic (20-4 MMA). The current reigning titleholder Francis Ngannou (17-3 MMA) is still recovering from surgery at this time. 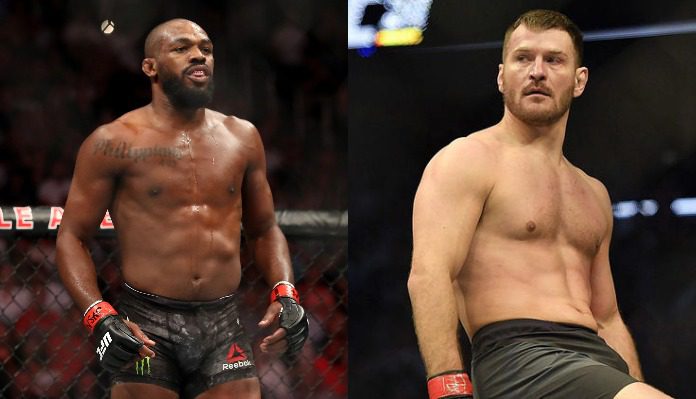 Tuivasa took to ‘Instagram‘ to post screenshots of his interaction with Jones.  The two fighters appear to have engaged in a confrontational conversation through DM’s (direct messages) as seen below:

“You sound off ya head. (peering emoji) I’d out party ya too I reckon. Just sayin (tipping hand emoji) but yeah Mary had a lil lamb too and I smoked her (smoke and laughing emojis) whatever whatever bra when you come back I’ll still be around you want a warm up lamb roast I’ll be waiting (hug emoji)”

“Good luck with your beer company”

“Cheers I’ll send you some”

Tuivasa, the no.3-ranked heavyweight contender revealed that Jones blocked him soon after the conversation.

Perhaps ‘Bam Bam’ is just trying to set up a heavyweight match-up between himself and Jon ‘Bones’ Jones. Would you like to see those two battle it out inside the Octagon?