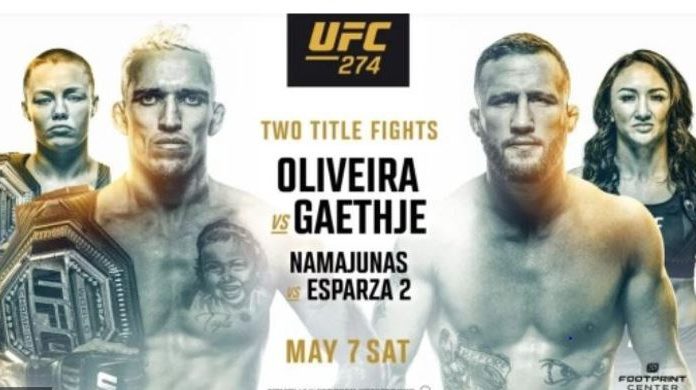 UFC 274 was a big success for the Las Vegas-based promotion.

The card was supposed to have two titles on the line as Charles Oliveira was defending his lightweight strap against Justin Gaethje. Rose Namajunas, meanwhile, was looking to defend her strawweight title against Carla Esparza, along with Michael Chandler fighting Tony Ferguson.

UFC 274 seemed to have a ton of hype and even though Oliveira missed weight and was stripped of his title, the promotion did over 400k buys in the United States which is the most of the year. That is according to the Sports Business Journal.

It is surprising to see UFC 274 have the most pay-per-view buys as UFC 270 saw the heavyweight title on the line as Francis Ngannou fought Ciryl Gane. UFC 271, meanwhile, had Israel Adesanya vs. Robert Whittaker 2, UFC 272 had the grudge match between Colby Covington vs. Jorge Masvidal and UFC 273 was stacked with two titles and Khamat Chimaev but it appears the interest was on UFC 274. 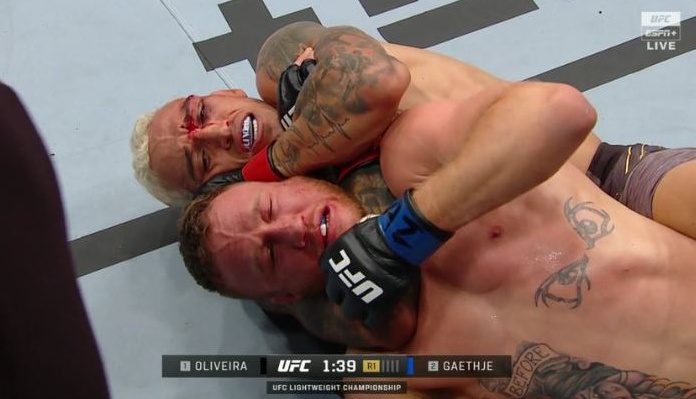 In the main event of UFC 274, Charles Oliveira submitted Justin Gaethje in the first round but the title is now vacant. However, Dana White confirmed that Oliveira will be one-half of the vacant title fight.

“He’s the guy,” White said after UFC 274. “He didn’t make weight. We have rules, he didn’t make the weight, the belt is vacant. But I’m sure in the minds of the media and fight fans, Oliveira’s the champion. But technically, he’s the No. 1 contender now.”

Are you surprised by the UFC 274 pay-per-view numbers?