Heavyweight fighter Mark Hunt has been ordered to pay the UFC over $375k in legal fees by the United States District Court in Nevada.

Hunt filed a lawsuit against the UFC shortly following his fight with Brock Lesnar at UFC 200. ‘The Super Samoan’ claimed that the promotion put him in the cage with a fighter who he says the UFC knew was using PEDs, in Lesnar. The court case was originally dismissed in 2019, however the appeals court decided to reopen the cases on fraud and battery September of 2021.

Mark Hunt had addressed his small victory by suggesting that “some justice has been served“, this while firing some shots at UFC President Dana White.

“You f*ckers said to me many many moons ago if I was a gambling man and I will ask you here the same question because you ain’t ever going to get rid of me. I’m a motherf*cken gangsta and I got that rusty fork waiting for all of your bitch ass eyeballs

Dana White you better kill me bra, u ain’t going anywhere G. You and your little pussy friends 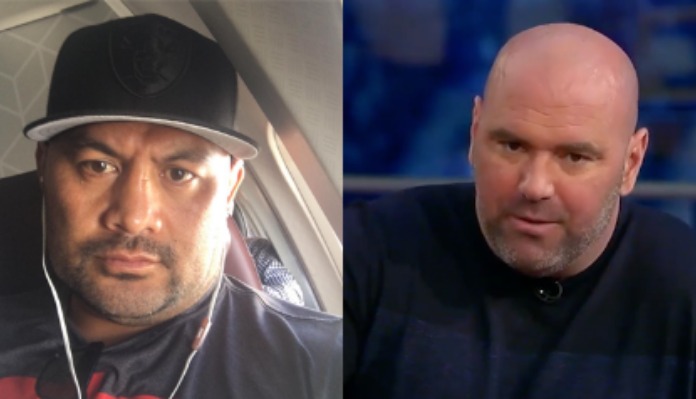 Unfortunately for Hunt, his small victory against Dana White and the UFC was short-lived. As per a recent report from ‘Combat Sports Law‘, the knockout artist has been ordered to pay the UFC over $375k in legal fees.

“In the recent case (Hunt v. Zuffa) the UFC prevailed on several motions to dismiss and a motion for summary judgment. The UFC sought to recover legal fees from Hunt under a clause in his contract with the promotion that has potentially crushing consequences to a fighter who unsuccessfully sues the promotion. The contract notes that a ‘prevailing party’ may recover ‘its attorneys’ fees and costs’ if required to litigate disputes “arising from or related to this Agreement.”

Mark Hunt argued it was premature to order costs because of an ongoing appeal in the lawsuit between the parties. The Court, however, proceeded with the following judgement.

What do you think of the news that former heavyweight Mark Hunt has been ordered to pay the UFC over $375k in legal fees?