Earlier this month, a video was released showing the MMA promoter and his wife, Anna, at a nightclub in Mexico. The pair were seemingly in a heated argument, which took place on New Year’s Eve. During the argument, White was slapped by his wife, and he returned with several of his own.

Thankfully, the incident was broken up by onlookers before it could get any worse. Following the release of the video, White, as well as his wife, released statements apologizing for the incident. They also stated it was the first time anything of the like had happened between the two.

While the MMA world discussed the situation for weeks, there was little in the way of repercussions for Dana White. The only punishment was that the debut of his Power Slap League on TBS was postponed one week. For his part, White stated his punishment was the loss of respect, as well as being viewed as an abuser.

Oscar De La Hoya, a longtime critic, and foe of the UFC president believes the incident was swept under the rug. On The MMA Hour alongside Ariel Helwani, the head of Golden Boy, who’s already taken shots at White for the slap, blasted him once again. 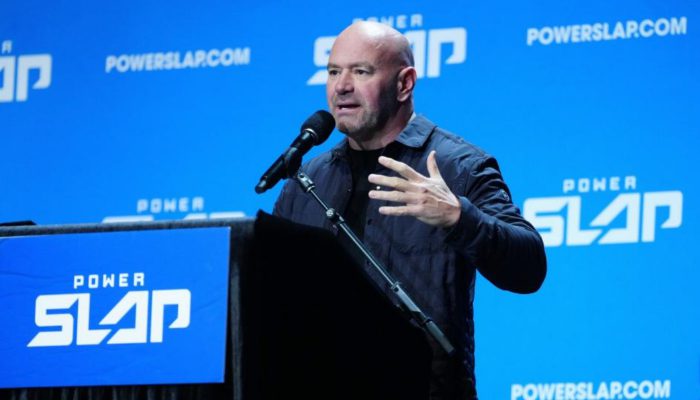 “There’s a lot of powerful people behind the UFC,” stated Oscar De La Hoya in a recent appearance on The MMA Hour. “There’s a lot of money behind the organization. What he did was obviously wrong, you don’t hit women, like c’mon! You just don’t, it’s a douche move, it really is. You don’t do that.”

What do you make of these comments? Do you think Dana White should’ve faced repercussions? Sound off in the comment section below PENN Nation!