Nate Diaz is responding after Michael Bisping suggested he would lose in a boxing match with Jake Paul.

After defeating Anderson Silva this past Saturday night, Jake Paul called out Nate Diaz to meet him in the boxing ring next.

Michael Bisping shared his thoughts on a Diaz vs Paul boxing match while speaking on his ‘Believe You Me’ podcast saying:

It is true that there was a backstage altercation between team Diaz and team Paul last Saturday, with the Stockton native supposedly being escorted out of the venue.

Apparently, Nate Diaz has taken notice of Bisping’s rhetoric and has taken to “Twitter” with a photo and the following statement: 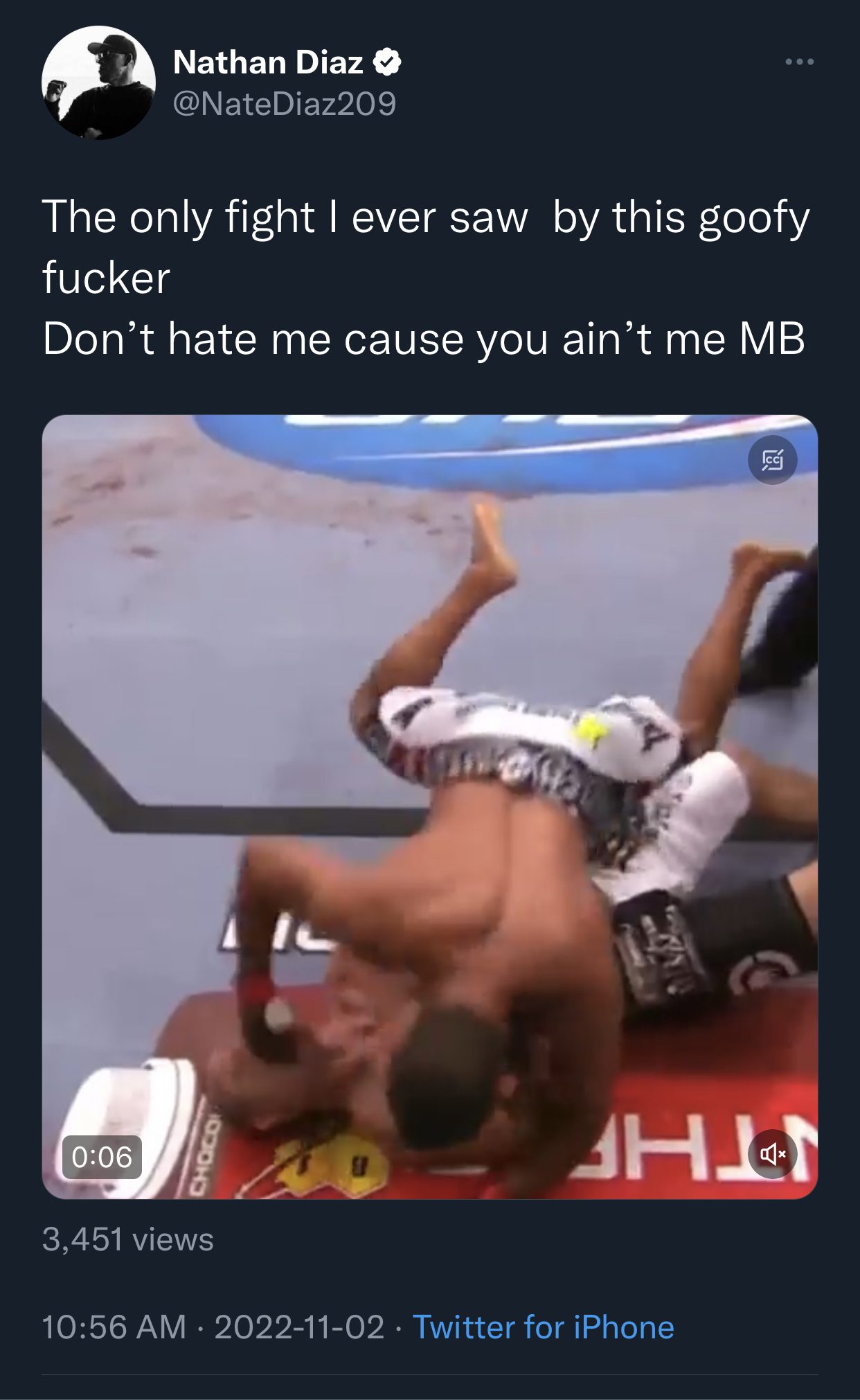 “The only fight I ever saw by this goofy f**ker. Don’t hate me cause you ain’t me MB”

Obviously the 37-year-old Diaz (21-13 MMA) has taken issue with Bispings’ commentary and is making it known.

Is all this hype an actual lead up to a Jake Paul vs Nate Diaz boxing match? Who would you be betting on for the win?

This article appeared first on BJPENN.COM
Previous articleJake Paul speculates on why his fight with Anderson Silva “tanked”: “I lost like millions of dollars”
Next articleVideo | Japanese fighter bloodied by chair-wielding challenger during BreakingDown 6 press conference
© Newspaper WordPress Theme by TagDiv