Don’t expect to see coach John Hackleman in the corner on fight night in the future.

The longtime head coach of The Pit is mainly known for his work with Chuck Liddell. ‘The Iceman’ was coached by Hackleman for the majority of his career. Although, he declined to train the former champion for his final fight against Tito Ortiz in 2018.

However, the legendary coach is also known for his friendship and work training Glover Teixeira. The Brazilian returned to the octagon to face Jamahal Hill at UFC 283 over the weekend, in a bid to reclaim his light-heavyweight gold.

Sadly, that wasn’t the case, as ‘Sweet Dreams’ battered the 43-year-old en route to a lopsided unanimous decision win. However, the fight almost didn’t make it to the scorecards, as John Hackleman revealed in an interview with MMA Fighting.

The veteran coach stated that he attempted to throw in the towel following the fourth round, but was outvoted. Hackleman also noted he’s happy the fight wasn’t stopped, and that it’s sometimes too hard for him to watch his athletes compete. Moving forward, he won’t, be there on fight night. 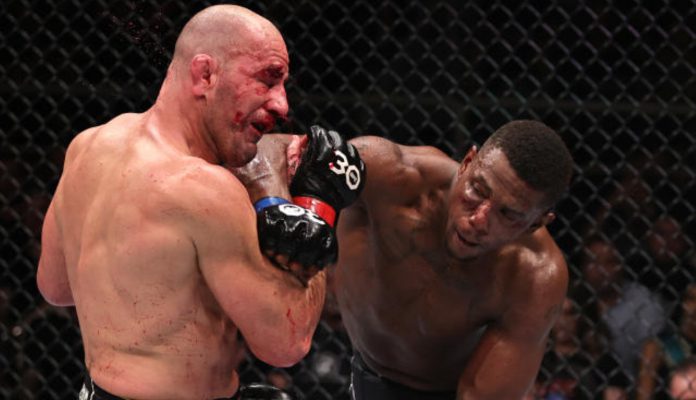 “I’m a known fight-stopper in between rounds,” Hackleman told MMA Fighting. “I’m kind of known for that, maybe a little too much at times. But I thought this was a good time to stop it. I was outvoted in the corner… I just don’t like to see guys get any kind of beatings or brain damage. I’m just real quick on the gun.” (h/t MMA Fighting)

He continued, “I’m thankful they didn’t [stop it]. I know this wouldn’t have gone well with anyone. It would have made a lot of people really unhappy, and I don’t want it to be about me. I would have thrown it in after the third, I would have been completely happy with the fight stopping there. I saw no reason for it to go on after that… When my fighters fight, I can’t put myself in their place. I wish my trainers would have stopped a couple of fights earlier. They never stopped fights back in the day, especially boxing. I love these guys… But it’s also not good for them.”