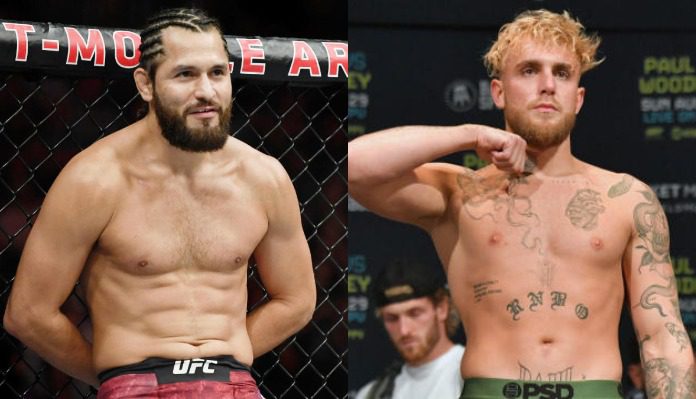 Jorge Masvidal has blasted Jake Paul after the pay-per-view numbers for his rematch against Tyron Woodley were reported.

Over the holiday weekend, it was reported that the Paul-Woodley 2 Showtime boxing pay-per-view did under 65,000 buys. If that is true that, it is obviously a horrible look for Paul who previously claimed he surpassed a million buys for his bout against Ben Askren.

Bitch boy can’t afford the big boys Never again do I want to hear my name associated with the fake. 3 0 5 day is coming #supernecessary pic.twitter.com/XloN8Kex88

“Bitch boy can’t afford the big boys Never again do I want to hear my name associated with the fake. 3 0 5 day is coming,” Masvidal wrote on Twitter.

It shouldn’t be a surprise to see Jorge Masvidal take a shot at Jake Paul as the two have a feud. Masvidal trained with Paul before the YouTuber boxed Askren but since he fought Woodley, the two have not gone along. Paul even called out “Gamebred” after his latest win which wasn’t well-received by Masvidal.

“Now, to address that little b***h, what’s his face,” Masvidal said in a social media video. “Listen man, you can’t f*****g afford me. Me and those other names you mentioned, you can’t afford. I know what you pay. You talk a big game, you say $50 million here, $100 million there. Bulls**t. If that was the case Mayweather would’ve took the f*****g fight with your b***h a*s but he hasn’t because you don’t generate that type of revenue.

“You are giving out free tickets, you got street teams giving out free tickets. You can’t afford me to come over there,” Masvidal continued. “Let me tell you a little secret you don’t know, I fight for money or I fight the best in the world. You’re neither. You understand? I know it hurts. You’re neither the best in the world or making money. I’ll tell you what, come on over to the UFC, sign a one-fight deal, let Dana give you whatever he has to pay you and I’ll break your jaw in front of the whole world, I promise you that. If you really want it come get it. Man to man s**t. None of that boxing s**t where I can’t slam you on your spinal cord, leave you in a wheelchair for life. Come on over so we can do everything. If you want it, it’s here.”

What do you make of Jorge Masvidal blasting Jake Paul?