Jiri Prochazka believes he made a key mistake against Glover Teixeira in their UFC 275 title fight.

Prochazka and Teixeira had a back-and-forth war as both men had moments in the fight and they both nearly finished the fight. Late in the fifth round, Prochazka was able to get ahold of Teixeira’s back and eventually got the submission win with 28 seconds left to become the new champ.

Although Prochazka is the new UFC champion, he says he was a bit disappointed in his performance as he believes he made some mistakes.

“I’m disappointed by it because I didn’t show what I said before the fight, like a total dominance, and I didn’t feel like I wanted to feel in the fight,” Prochazka said on The MMA Hour. “I little bit changed my attitude before the fight, and that was not a good idea, and I know what to do for the next time. But the belt is here and I’m glad for that. That’s good enough. Glover was tough and I expected it will be like that in the fight, but I forgot to keep myself in the attitude [of] what I want to be in a fight. And that was the main mistake.” 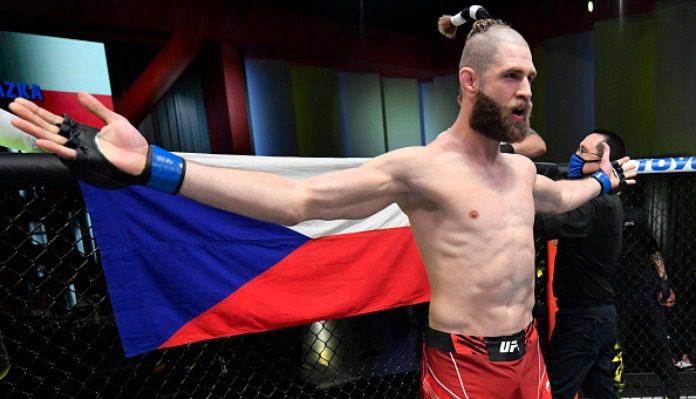 Even though Jiri Prochazka believes he made some key mistakes with his attitude, he still became the new UFC light heavyweight.

With the fight being so close, there is a chance Prochazka and Teixeira are rematching, especially due to the Brazilian’s age. However, Prochazka had told BJPENN.com before the fight he wanted Jan Blachowicz next and the two had a face-to-face after UFC 275 so perhaps that is the next fight.

For now, however, Prochazka will be rehabbing any injuries he sustained and enjoying time as a UFC champion at home in the Czech Republic.

What do you make of Jiri Prochazka admitting his main mistake?