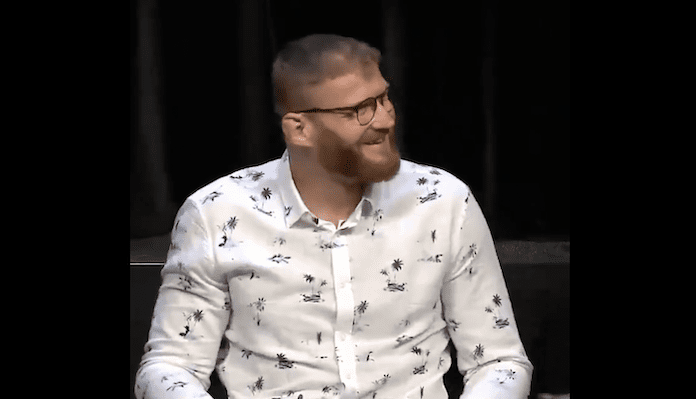 UFC light-heavyweight contender Jan Blachowicz was at a bit of a disadvantage during his fight with Aleksandar Rakic.

Last Saturday night, the two 205-pound contenders collided in the main event of UFC Vegas 54. As expected, the bout lived up to the hype. Well, that’s until it got called off in the third round due to an injury to Rakic.

However, it wasn’t a fight that went perfectly for Blachowicz. While he picked up the win, he also sustained a lot of damage. In round one, the Polish fighter got the worst of it, as he hurt his eye. While broadcasters noticed that Blachowicz’s eye looked rough, nobody knew the true extent until post-fight.

On The MMA Hour with Ariel Helwani, Jan Blachowicz revealed that he was completely blind in his left eye past round one. He admitted that he was worried about the fight getting stopped, but he fought on. Luckily, he’s already gotten surgery and should be good to compete later this year. 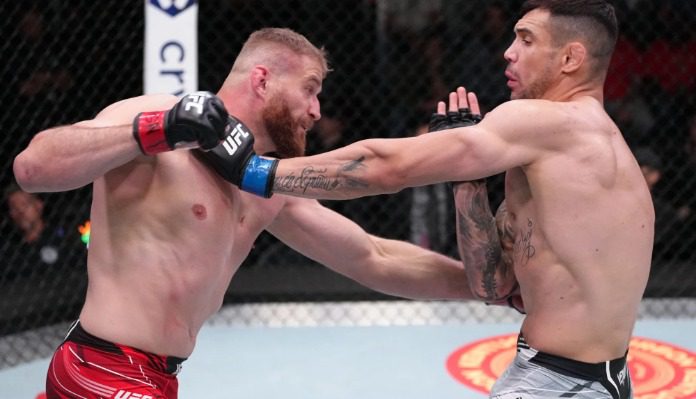 “That was one of the first punches in the first round. [It bothered me] very much. I don’t see nothing. The first round, I was blind in [my left eye] because blood was everywhere in my eye, so I just kept [wiping] the blood from the eye. In second round, I was just afraid that he would destroy a little bit more. But I was focused and ready for everything.” (h/t MMAFighting)

What do you think about Jan Blachowciz’s comments? Who do you want to see him fight next?