It was Jake Paul vs Anderson Silva on October 29, 2022, at the Desert Diamond Arena in Glendale, Arizona. The boxing match went all eight rounds with the 47-year-old MMA champion challenging the much younger 25-year-old ‘Problem Child’. 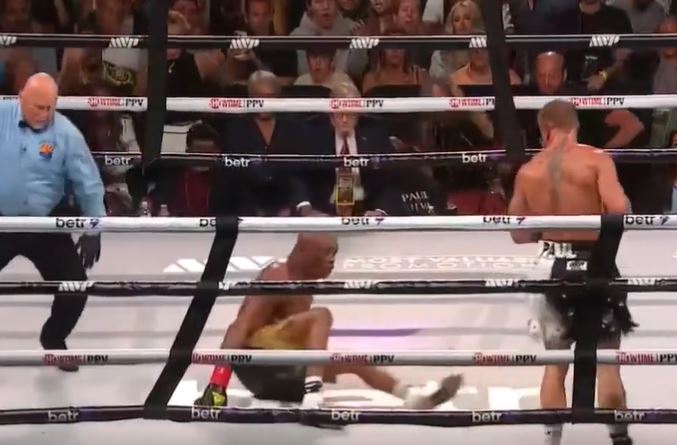 Paul revealed on his brother’s podcast what Silva said to him following their boxing match during the ceremonial bow (h/t MMANews):

Asked if ‘The Spider’ had any commentary inside the ring, Paul shared:

As for what is next for Paul, he took no time in calling out Nate Diaz (21-13 MMA) at the post fight press conference. Diaz became a free agent after his UFC 279 win over Tony Ferguson (25-8 MMA) in September of this year.

“Nate Diaz, stop being a b–ch and fight me.”

“Everyone wants that fight. He tried to fight people in the hallway. Nate, stop fighting people for free. Let’s do it in the ring. I know you’re a little slow, buddy, but it’s OK, we can make that fight happen.”

Diaz had attended the fights as a guest and to show support for his teammate and close friend Chris Avila.

What do you think of Silva’s commentary to Paul during and after their boxing match? Would you like to see Jake Paul fight Nate Diaz next?