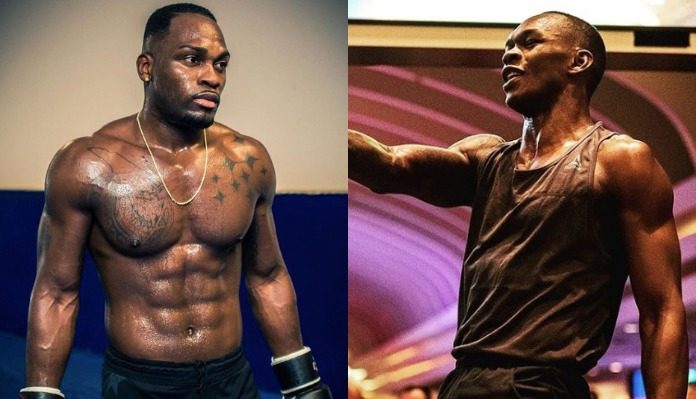 Brunson and Shahbazyan squared off in a rare three-round headliner at the UFC Apex facility in Las Vegas this evening.

The result was a outstanding performance from the veteran middleweight in Brunson, who utilized his awkward striking and strong grappling skills to seemingly dominate the previously undefeated fighter, Shahbazyan. After nearly putting Edmen to sleep in the final seconds of round two, Derek was quick to finish the contest in the third and final frame.

“Nice one Brunson. Really showed your level of experience in this fight. Enjoy your time with your kids.” – Adesanya wrote.

‘Stylebender’ is expected to return to the Octagon at next month’s UFC 253 event where he is slated to defend his middleweight title against undefeated contender Paulo Costa.

In his most recent effort at UFC 248, Israel Adesanya scored a unanimous decision victory over Yoel Romero to retain his middleweight crown. That fight was labelled to be underwhelming by many fight fans, but ‘Stylebender’ has promised a finish when he meets ‘The Eraser’ this September.

As for Derek Brunson (21-7 MMA), the longtime UFC middleweight veteran is now back in title contention after putting together three straight wins.

A logical matchup for Brunson’s next Octagon appearance would come in the form of Swedish star Jack Hermansson. ‘The Joker’ is coming off an impressive submission victory over Kelvin Gastelum last month on Fight Island.

Israel Adesanya and Derek Brunson had previously met at UFC 230, with ‘Stylebender’ emerging victorious by way of first round TKO. Despite their former rivalry, it appears that there is no bad blood between the middleweight standouts, at least not from the side of the New Zealand champ.