Henry Cejudo contemplating retirement after missing out on Alexander Volkanovski clash: “I’m full with my career”

‘Triple C’ has been out of action since his win over Dominick Cruz at UFC 249 in May 2020. Following the victory, Cejudo laid down his gloves in the octagon and stated he wanted to retire. The retirement seemed legitimate for most fans, until he gave his post-fight press conference.

In the post-fight presser, the then-bantamweight champion admitted that for the right price, he would return. The UFC didn’t seem interested in playing ball with Cejudo, who was stripped not long after. For two years, the former champion sat on the sidelines.

However, earlier this year, Henry Cejudo announced his intentions to return. He enrolled himself into the USADA pool and called for a fight against Alexander Volkanovski. A win over ‘The Great’ would make Cejudo the only fighter in UFC history to win gold in three different weight classes.

It appears that fight is off the table, as the UFC featherweight champion has announced his intentions to move to lightweight. With Volkanovski out of the picture, Cejudo has admitted on his YouTube channel that he is once again debating retirement. 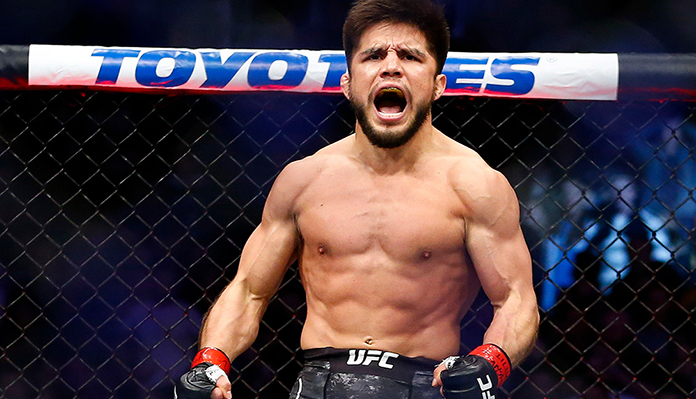 “[I’m] a little pissed, a little down, I guess you could say it,” Cejudo stated on his YouTube channel. “It just only gives me one option. Maybe I could fight Alexander in Australia? That’s the only thing that I could think of. And if it is meant to be that I’ll never fight again for that reason if they’re just gonna stall me out like that then that’s all there is to it.” (h/t MMA Mania)

“I’m satisfied,” he continued. “I’m full with my career. Me making a comeback was just to make history. Like yeah, I did talk a lot of s—t to Dana [White]. But I still respect the crap out of [him]. Even if I never ever fight again. I just want you to know that from the bottom of my heart.”

What do you think about Henry Cejudo’s comments? Do you want to see him return? Sound off in the comment section below PENN Nation!

This article appeared first on BJPENN.COM
Previous articleJiri Prochazka reveals he recently spent three days in a dark room without food to prepare for Glover Teixeira rematch: “There you can work with your demons”
Next articleSean O’Malley vows to put Petr Yan “face first into the canvas” at UFC 280: “This fight is how superstars get created”
© Newspaper WordPress Theme by TagDiv