Floyd Mayweather will be returning to the boxing ring once again.

Mayweather recently teased an announcement in Dubai which many thought was an exhibition bout. Now, he’s confirmed such announcing he will be returning on February 20, but the location is a unique one as the fight will take place on a helipad at the Burj Al Arab Jumeirah hotel in Dubai.

“February 20th, we haven’t chosen an opponent yet, but I look forward to it and hopefully we give you guys something to see,” Mayweather said (via BoxingScene).

According to several reports, the frontrunner to box Mayweather on that date is 19-year-old and Dubai-based YouTuber, Money Kicks. He’s also the son of billionaire Saif Belhasa, which will no doubt add to the fight as it would be a big payday for Mayweather.

“I spoke with [my advisors] about Money Kicks. We don’t really know,” Mayweather said, adding, “Money Kicks is doing big things and I like what I am seeing.”

The helipad is famous for hosting weddings, a tennis game, and golfer Rory McIlroy also took a few shots on it, which can be seen below. The view from the boxing ring will also be special. 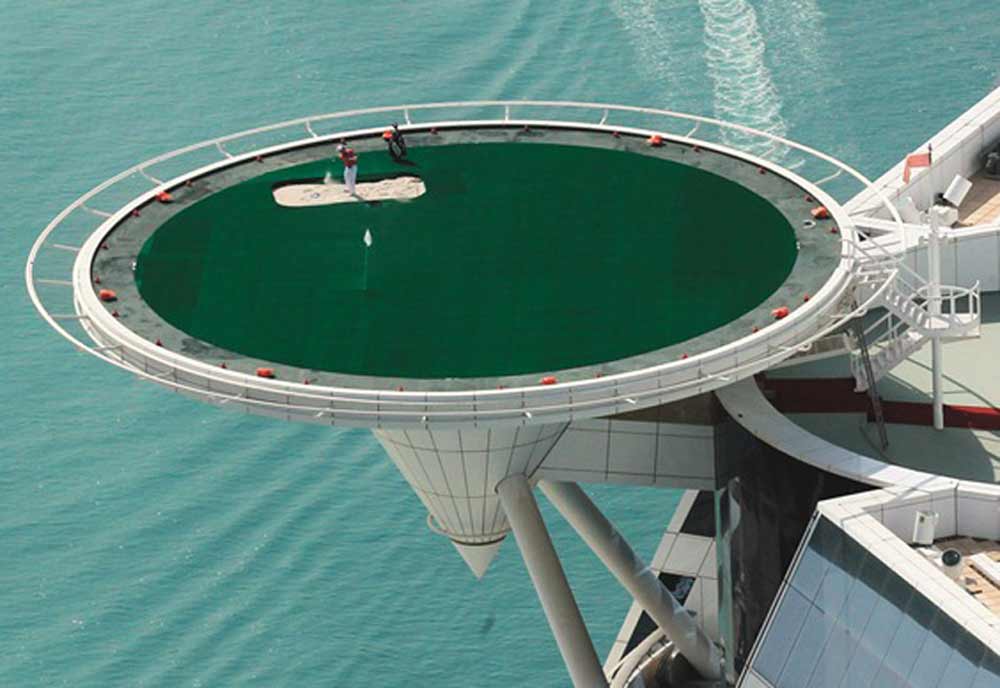 It shouldn’t be a surprise to see Floyd Mayweather do an exhibition bout, as his last pro fight came against Conor McGregor in 2017. Since improving his record to 50-0, ‘Money’ has competed in two exhibitions. He fought kickboxing star, Tenshin Nasukawa in RIZIN and most recently competed against YouTuber, Logan Paul in June.

For Mayweather, these fights are an easy cash grab and he even admitted he wouldn’t call this a fight. Instead, it’s more of a special experience for the few who get to see it.

“Well, I don’t like to call what I’m doing a fight,” Mayweather said. “I like to call it a limited-edition boxing showcase. Because it’s bigger than just boxing. It will be a very special crowd. Not too many people. So, if you get the chance to come here, you must know that you are very special.”

What do you make of Floyd Mayweather fighting on the helipad and against a YouTuber?