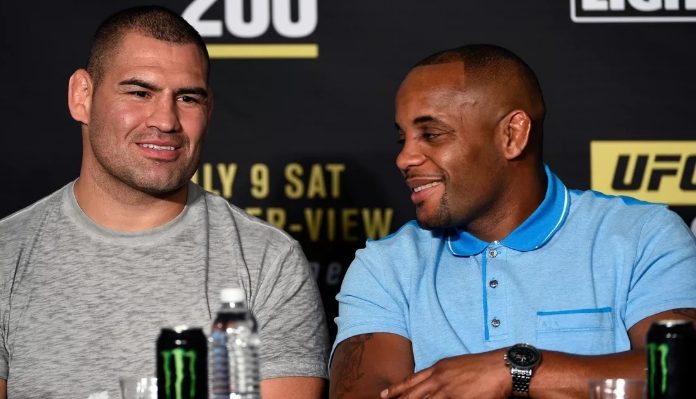 Daniel Cormier has opened up about the Cain Velasquez situation.

Cormier was just starting his professional mixed martial arts career in late 2010, when Velasquez was the UFC heavyweight champion. The two became good friends and training partners at American Kickboxing Academy (AKA).

It was last Saturday at UFC 274 that the promotion announced Daniel Cormier, former UFC light heavyweight and heavyweight champion, will be inducted into the UFC Hall of Fame. Overcome with emotion, Cormier gave a shout out to his good friend when he spoke to reporters after the announcement saying (h/t MMAJunkie):

“Cain Velasquez, who is now faced with the worst possible situation, he carried me to heights I never thought. In all my biggest moments, he was right next to me. Now as he is on this journey and this fight that he’s in, I try to support him as best I can. Every time you see him go to court or something, I will be there because he was always there for me.”

Continuing Daniel Cormier had this to say about the situation Cain is currently faced with:

Cain Velasquez has spent almost three months behind bars after he allegedly got into a high speed chase and shot at Harry Goularte, a man accused of molesting a four year old relative of the fighter. While the shot missed Goularte, bullets struck his stepfather instead.

The now retired fighter, Daniel Cormier, is obviously trying to support and be there for his friend, Valesquez, speaking to him and visiting with him during his current battle outside the Octagon.

Are you one of the many supporters of Cain or do you feel he wasn’t justified in trying to take the law into his own hands?