Chael Sonnen goes to bat for UFC middleweight champion Israel Adesanya: “We’re seeing greatness and we’re trying to beat him the only way we know how: verbally”

Chael Sonnen has a message for fighters and fans critical of UFC middleweight champion Israel Adesanya.

It was Israel Adesanya (23-1 MMA) who retained his title for a fifth time when he defeated Jared Cannonier (15-6 MMA) at UFC 276 on July 2nd of this year.

During and following the fight comments were made that the performance by Adesanya was lackluster, with several fans leaving the match early, while others took to booing from the stands.

Sonnen, on his YouTube channel, came to the defense of ‘The Last Stylebender’ saying (h/t MMAJunkie):

“There seems to be a chorus even coming from the smart marks in the cheap seats, the guys that are supposed to know. The guys in the back, fellow fighters, there seems to be this chorus about Adesanya in the way that he’s managing a match – as opposed to trying to finish, that he’s trying to get to the decision.” 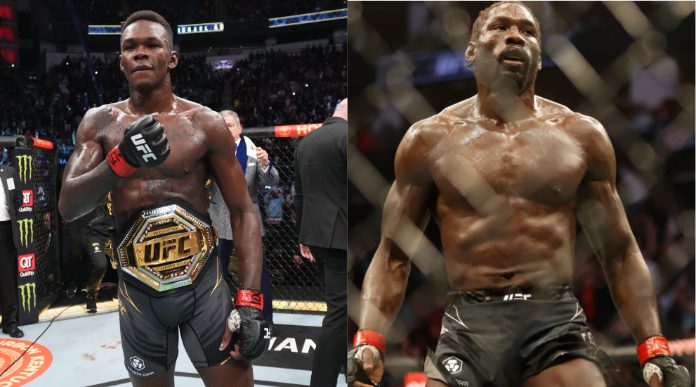 At the post-fight press conference, Adesanya commented that while it may not of been his best fight, he was not coasting in the match with ‘The Killa Gorilla’.

Continuing, Chael Sonnen credited Israel Adesanya for not letting the naysayers get to him:

“We’re seeing greatness and we’re trying to beat him the only way we know how: verbally. We’re trying to hurt his feelings because we can’t beat him in the cage, right? Guys, let’s be fair. Do you really feel that the guy is coasting? If so, where and how do you prove that?”

Finishing Sonnen gave credit where credit is due, defending Adesanya:

“Adesanya did not just get here with the punches and the kicks and the cool walkouts and the fun interviews. He got here being very level-headed. He got here by being very strategic and he got here by using his absolute best tools when he’s in combat – not trying to show off, not trying to do new stuff, not trying to get the ‘oohs’ and ‘ahhs’ from the crowd. (He’s) trying to win this moment, defend here, attack here, move on to the next frame, rinse and repeat, five times if necessary, and there was a real maturity in the way Adesanya responded.”

Do you agree with Chael Sonnen’s comments regarding the middleweight champ?

This article appeared first on BJPENN.COM
- Advertisement -
This article appeared first on BJPENN.COM
Previous articleDiego Ferreira out of UFC 277 fight against Drakkar Klose
Next articleKamaru Usman says Alex Volkanovski is “phenomenal” but not the pound for pound best: “The world has to just realize that, right now, I am P4P best fighter on the planet”