Chael Sonnen believes Jon Jones has miscalculated his return by not creating storyline in time away from the UFC: “Nothing has changed in three years”

Chael Sonnen believes that former UFC champion Jon Jones has done himself a bit of a disservice.

‘Bones’ has been out of action since his win over Dominick Reyes at UFC 247 in February 2020. Following that victory, Jones decided to relinquish his light-heavyweight title due to a pay dispute with the UFC. Soon thereafter, he announced a move to heavyweight.

The former champion has teased the move for years, but this time he appears fully committed. On social media, Jones has documented his weight change, as he’s cultivated mass for the jump in a weight class.

Despite all the talk and all the teases, fans aren’t any closer to seeing him return than they were in 2020. Jones doesn’t have a set opponent or date as of now. He’s previously been linked to title matchups with Stipe Miocic and Francis Ngannou, but neither fight has come to fruition.

From Chael Sonnen’s point of view, Jon Jones has lost a bit of his relevancy due to his miscalculated weight change. While ‘The Bad Guy’ is clearly intrigued by the shift, he believes the former champion has done himself a disservice.

The fighter-turned-podcaster explained that the disservice comes from Jones not making a single storyline, or fight, in his time away. 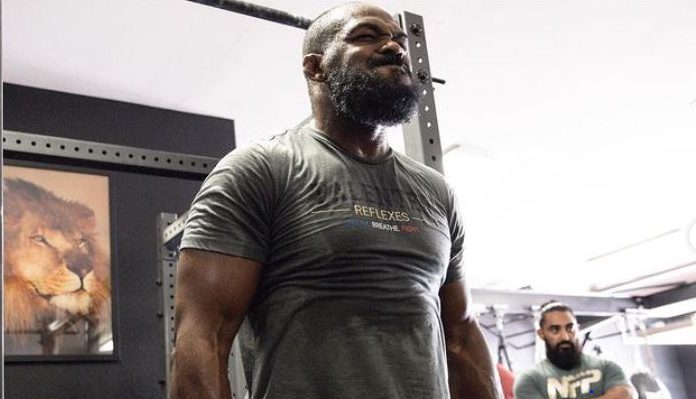 He continued, “That’s Jon’s business, I’m not over here to slap him. I’m sharing with you that it is a surprise to me… In three years, he’s never created a fight for himself. For three years, he hasn’t even added fire to a fight [the Ngannou fight] that was already created for him. He’s done nothing to get public interest. He’s done absolutely nothing. But imagine what he could’ve done. And imagine the spot that he would be in.”

Recently, Jon Jones has stated that he’s intending to return at UFC 282 in December. However, given that the card is being headlined by Jiri Prochazka vs. Glover Teixeira 2, that return remains unlikely.