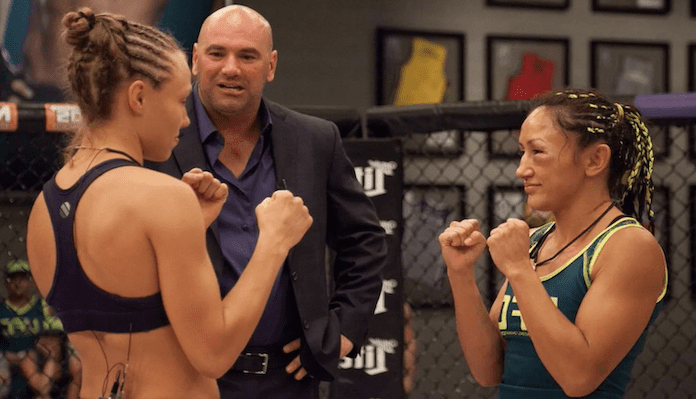 Esparza is arguably the No. 1 contender in the UFC women’s strawweight division, so she watched anxiously this past Saturday night as Namajunas duked it out with former champ Weili Zhang at UFC 268. It was a hard-fought fight between the two women, but it was Namajunas who earned the split decision win on the judges’ scorecards to defend her belt.

It seems likely that Namajunas will next face Esparza, though UFC president Dana White admitted that there is another option, which likely hints at Marina Rodriguez getting the next title shot. But Esparza has made it clear that she is interested in running it back with Namajunas, who she defeated back in 2014 to become the first-ever women’s champion in the UFC at 115lbs. In 2022, there is a very real chance that Esparza and Namaunas get to run it back, though Esparza wants Namajunas to enjoy her moment first.

Taking to her social media after Namajunas defended her belt over Zhang, Esparza said it would be an honor for her to get the chance to run it back with the champ for the belt.

Carla Esparza: Congratulations @rosenamajunas on a fantastic victory! Inspiring to so many and and I am truly happy for you Fate had us cross paths when we created this division and I’m proud that 7 years later we are both still here at the top of it. This is not a call out or anything disrespectful… this is genuine respect. You deserve time to celebrate and enjoy this accomplishment. It will be an honor to run this back when you are ready.