This weekend, ‘The Venezuelan Vixen’ will meet ‘The Lioness’ in the main event of UFC 277. It’ll be the second time they’ve fought, as they first squared off at UFC 269 last December. Despite being a massive underdog, Pena brought the fight to Nunes.

After surviving the onslaught in round one, the challenger turned the tide in round two. Pena outlanded, and hurt Nunes on the feet, before securing a takedown. After the takedown, she locked up a rear-naked choke to become the new UFC women’s bantamweight champion.

Heading into the rematch, many fans and pundits believe the December fight was a fluke. Presently, Nunes is a massive favorite heading into the second outing with Pena. However, Brendan Schaub doesn’t buy the odds.

The fighter-turned-podcaster discussed Julianna Pena’s rematch with Amanda Nunes on The Schaub Show. There, Schaub predicted that the champion would retain her title. While he noted that Nunes was better at her peak, he questioned if she’s the same fighter these days. 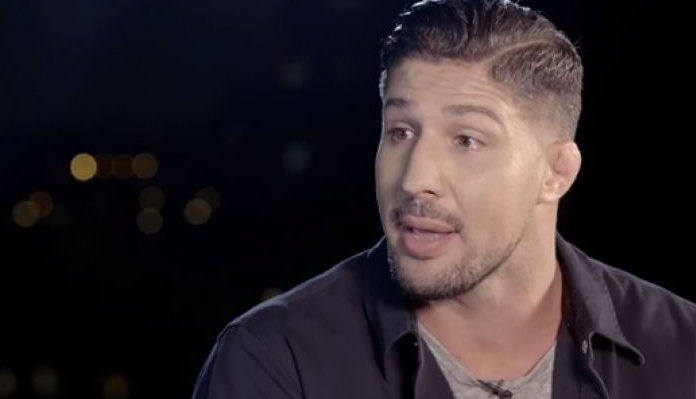 “She’s a favorite in this, -275, which is a lack of respect to Julianna Pena. If you’re going to bet on this fight, you’re hoping it’s an old-school version of Amanda Nunes. Not the successful one who has everything, she’s married with a kid, she has a new gym now, she has money in the bank. Just how bad does Amanda Nunes want it? I don’t know if I’m willing to bet on that.”

Brendan Schaub continued, “…If it’s vintage Amanda Nunes, she’ll probably win. But, I just think father time has caught up with her, maybe success could’ve caught up with her, and Julianna Pena is more hungry. Also, Julianna beat her once and everyone said it was a fluke. Now, she has something to prove, that she is the better fighter. I’ll take Julianna Pena, man.”

This article appeared first on BJPENN.COM
- Advertisement -
This article appeared first on BJPENN.COM
Previous articleBrandon Moreno has respect for Kai Kara-France, but planning to rip his head off: “I know I can do it, and I know I will do it”
Next articleSean O’Malley says he won’t lose confidence in himself if he’s defeated by Petr Yan at UFC 280: “I don’t have have to go out there and beat Petr to know I’m good”