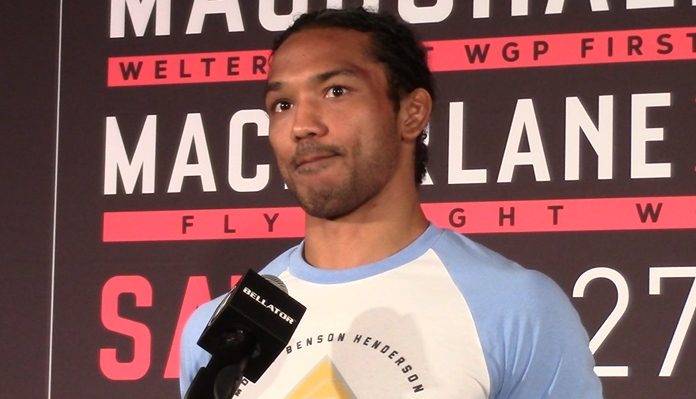 Henderson and The Korean Zombie have trained together in Arizona the MMA Lab and Fight Ready so they are very familiar with each other, not to mention the fact they both fought together in the UFC and in the WEC. The two have become close friends over the years and so even when the other man is the one in the cage, it feels like the other is also in there.

On Saturday night at UFC Fight Island 6, The Korean Zombie suffered a unanimous decision wipeout to Brian Ortega. Despite TKZ entering the fight as the overwhelming betting favorite, Ortega pitched as a shutout as he won every decision on the judges’ scorecards. The Korean Zombie was understandably down after the loss, but his friend and teammate Henderson was there for him to offer him support after the lopsided defeat.

Taking to Facebook, Henderson shared a positive message with his friend.

“Love you. You keep your head up and don’t dare be ashamed, you’re an inspiration,” Henderson wrote on Facebook. 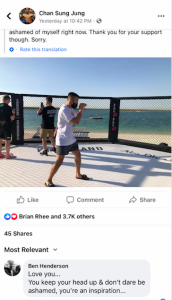 Although The Korean Zombie lost to Ortega, the defeat shouldn’t set him too far back in the UFC’s deep featherweight division. Sure, he’s behind Ortega, Yair Rodriguez, Zabit Magomedsharipov, Max Holloway, and Calvin Kattar in regards to a title shot at this point, but he is still in the top-10 at 145lbs. With another win or two, TKZ is right there.

What do you think is next for both Benson Henderson and The Korean Zombie?