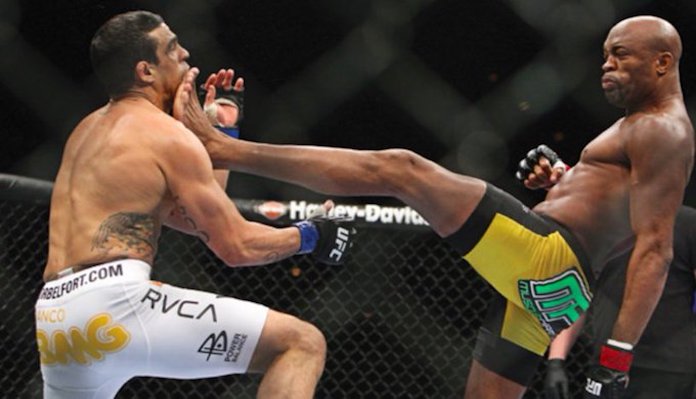 Former UFC champions Anderson Silva and Vitor Belfort will both be competing at tonight’s ‘Triller: Legends 2’ event in Florida.

Meanwhile, Anderson Silva is set to square off with fellow former UFC champion Tito Ortiz in a catchweight contest.

With many fans anticipating that both ‘The Spider’ and ‘The Phenom’ will emerge victorious in their respective bouts this evening, the idea of a rematch between the two in boxing was thrown Silva’s way.

“A fight that would be cool would be Vitor and Wanderlei Silva,” Anderson Silva said of the idea of booking him versus Belfort next (via MMAFighting). “This fight would be spectacular. Everybody wants to see this fight.” 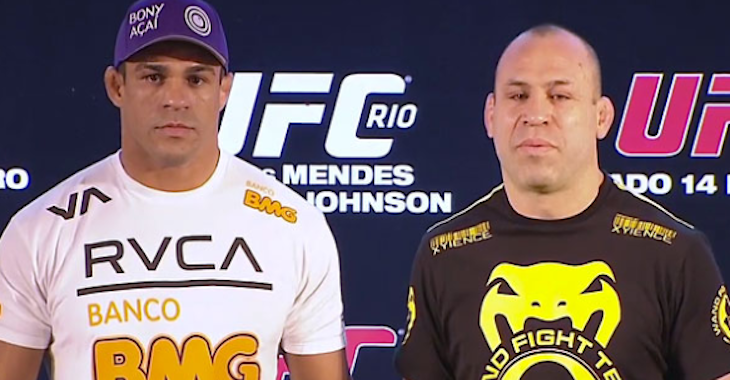 ‘The Axe Murderer’ and ‘The Phenom’ have a history, the pair collided way back at UFC Brazil in 1998, with Vitor emerging victorious by way of a stunning first-round knockout.

Silva continued and explained why he is not interested in fighting Belfort again.

“My opinion regarding a fight with Vitor, man, what would be more spectacular than the knockout I gave Vitor? Only if we enter the ring and I blow on him and he goes down. Outside of that, nothing cooler could happen. Forget about it, man. People have to forget about it. It’s over.”

Anderson Silva (34-11 MMA, 2-1 Boxing) most recently competed this past June where he scored a stunning upset over Julio Cesar Chavez Jr.

As for Tito Ortiz, ‘The Huntington Beach Bad Boy‘ last competed in combat sports in December of 2019, where he scored a submission victory over Alberto El Patron in a MMA bout.

Would you like to see a Vitor Belfort vs. Wanderlei Silva rematch in boxing as suggested by MMA legend Anderson Silva? Share your thoughts in the comment section PENN Nation!