It was Aljamain Sterling (22-3 MMA) vs T.J. Dillashaw (18-5 MMA) in the bantamweight co-main event last Saturday, October 22nd. The outcome was a TKO win for the 33-year-old ‘Funk Master’, solidifying him as the UFC bantamweight champion.

Speaking on a recent episode of ‘The MMA Hour’, Sterling spoke about life being good to him saying (h/t MMANews):

“I can say one thing’s for certain. My bank account, I finally hit $1 million comfortably, with my three houses and all my other investments, not including those, just straight up actually breaking that, and I’m super-proud of that.”

“It might not be something to brag about to other sports, but for someone whose been in a sport like this where the pay scale isn’t the craziest, I’m proud to say that of all the things I’ve been able to do: buy my mom a house, buy myself a house — where I’m at right now I’m in a very good place in my life. And thankfully, it’s because of Dana and Hunter (Campbell), Lorenzo (Fertitta), those guys. Because if it wasn’t for them, I wouldn’t have this platform to do this.”

As for what is next for Aljamain Sterling – there are rumors that Dana White and company may be looking at matching him up with former champion Henry Cejudo. 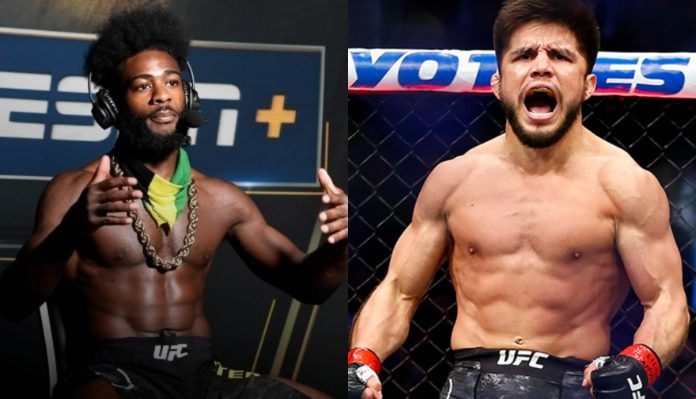 Others are speculating that the UFC will match Sterling up with Sean O’Malley (16-1 MMA) who is hot off a victory over Petr Yan (16-4 MMA).

Whoever Aljamain Sterling gets into the cage with – he is ready.

Who would you like to see ‘Funk Master’ challenge next?

This article appeared first on BJPENN.COM
Previous articleJon Jones calls out Stipe Miocic amidst UFC 282 rumors: “I got that fire you could never put out. Sign the contract”
Next articleOn last fight of deal, Jared Vanderaa switched camps and vows to finish Waldo Cortes-Acosta to earn a new contract
© Newspaper WordPress Theme by TagDiv