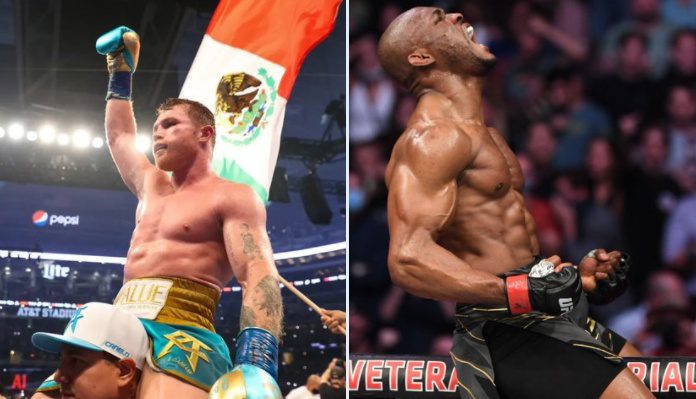 For months now, Kamaru Usman and his manager Ali Abdelaziz have been talking up the possibility of a crossover superfight against boxing sensation Canelo Alvarez. The Mexican star is still considered by many to be one of the pound for pound best boxers on the planet but following his defeat to Dmitry Bivol last month, some have questioned whether or not he’s as invincible as many make him out to be.

One individual that now seems to doubt his ability is none other than the aforementioned Abdelaziz, who claims Canelo blew a “great opportunity” to take on ‘The Nigerian Nightmare’.

“Canelo has become just a regular guy,” Abdelaziz said. “He became just one of the guys. I don’t think he’s the pound-for-pound king anymore.

“Canelo, his mystique is gone. When people lose their mystique, it leaves them. I respect Canelo, but I think he blew a great opportunity for him [to fight Usman].”

Quotes via The Mirror

Canelo Alvarez has accomplished some great things throughout the course of his time in professional boxing and if he retires tomorrow, he’ll still be viewed as one of the best of his generation – and one of the most ambitious boxers in history.

As much fun as an Usman showdown could be, it doesn’t feel like there’s much of a chance of it being particularly competitive. Canelo is levels above many of his peers and even though Usman is one of the greatest welterweights we’ve ever seen in mixed martial arts, it’s difficult to imagine his striking transitioning particularly well over into the squared circle.

Do you think there’s still a chance we could see Canelo Alvarez vs Kamaru Usman? If so, what would go down?