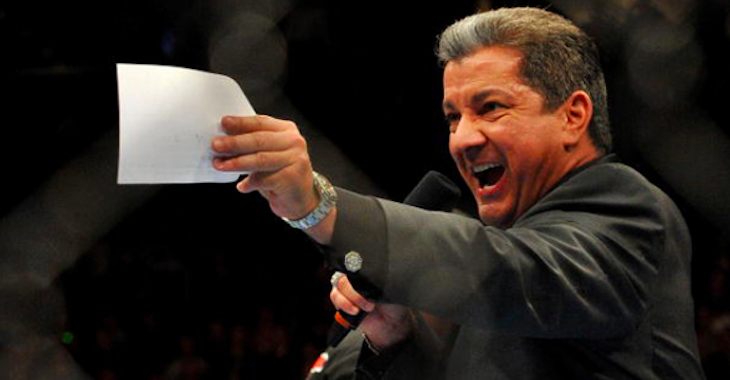 For week, there has been talk about a possible blockbuster main event for UFC 219. While the card already includes dynamite women’s featherweight title fight between Cris “Cyborg” Justino and Holly Holm, the widespread hope was that the UFC would tack at least one more title fight onto this typically stacked end-of-year card. While we’ve heard names like Tyron Woodley, Nate Diaz, Tony Ferguson and even Conor McGregor thrown out there over recent weeks, it now looks more certain than ever that the card’s Cyborg vs. Holm fight will serve as the main event.

We can make this assumption given that Lance Pugmire of the LA Times recently confirmed that UFC 219’s Khabib Nurmagomedov vs. Edson Barboza lightweight bout will serve as the co-main event.

This bout will be Khabib Nurmagomedov’s first in over a year, as he has not fought since November 2016, when he scored an emphatic, third-round submission win over the dangerous Michael Johnson. Prior to this win, Nurmagomedov picked up a TKO win over last-minute replacement Darrell Horcher. Now 24-0, Nurmagomedov boasts one of the impressive records in the UFC today. Other highlights of his resume include wins over former champ Rafael dos Anjos, Pat Healy, Abel Trujillo, Gleison Tibau and Thiago Tavares.

Who do you think comes out on top in UFC 219’s now-confirmed co-main event bout between Khabib Nurmagomedov and Edson Barboza?