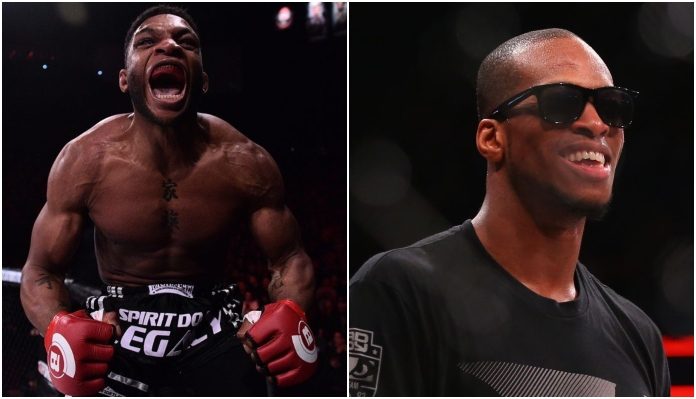 January 2019 was a bit of a warm-up month as action was pretty limited. But what we did get was pretty fantastic. Time to see if February can follow it up. Here’s what’s in store.

The former two-time heavyweight champion of the UFC, Cain Velasquez will enter the Octagon on February 17 for only the third time in four years.

And a whole lot has changed since Velasquez was on top of the division as champion… And that includes the emergence of the devastating knockout artist, Francis “The Predator” Ngannou.

This should be a pretty perfect test for both men as Velasquez gets a top ranked contender after two and a half years out of action and will be able to see if he’s still got what it takes to be a top title threat.

For Ngannou, his weaknesses were exposed in his title shot against Stipe Miocic at the beginning of 2018 and since then we haven’t gotten to see if he’s filled in those holes.

If Velasquez is in any way the same fighter as we were once used to seeing, we should get that answer.

Of course… That’s assuming Ngannou doesn’t land one of those bombs that he calls fists before Velasquez can close the distance.

That’s right, another non-title fight and another non-main event fight for the legend Jose Aldo. And with that also comes another underdog status.

Despite only being 32-years old, the former longtime featherweight king is getting closer and closer to the end of his career. But as evidenced by his fantastic TKO of Jeremy Stephens in July 2018, he is still very much a dangerous opponent for any fighter that stands across from him.

Next standing in his way will be the red-hot rising contender, Renato “Moicano” Carneiro whose lone career loss came against recent title challenger Brian Ortega in a fight he was clearly winning until a late mistake.

With a title shot hanging in the balance for Moicano, as wrong as it feels to say, Aldo is essentially playing gatekeeper in this one as he’s already lost decisively to the champion twice.

Regardless, it should be one hell of a scrap between two of Brazil’s new and old guards.

The guy throws every strike with 100 percent of his power and the intention to destroy his opponent. And now at light heavyweight, he’s already left a mark by taking out Jimi Manuwa at UFC 231.

If Santos can get through the resurgent Pole in Jan Blachowicz, he very well could see himself squaring off with the division’s champion in his followup bout.

But the same thing can be said for Blachowicz with a win as he would extend his very impressive winning streak to five in a row.

Blachowicz has proven to be no easy out for anyone and a very durable opponent. Being matched with someone like Santos accompanied by the ramifications of the fight make it one that should surely be fireworks while it lasts.

Is it finally going to happen? Every fight fans’ fingers are crossed.

The matchup of Paul Daley vs Michael “Venom” Page has been one that has had years of build up and now it looks to finally be time for them to meet in the cage. And it will also be a part of the big welterweight Grand Prix tournament.

For the still young and flashy Page, this will undeniably be his toughest test to date when it comes to the caliber of strikers he’s fought throughout his career. And that makes it a very interesting fight as that is clearly his expertise.

Although his ground game will remain largely untested as Daley is a striker through and through as well, we will finally get to find out whether or not Page is a legit title threat.

The king of Australia is set to defend his turf at home.

Robert Whittaker will be looking for his official first title defense at UFC 234 when challenged by Kelvin Gastelum.

For the champion, he has proven and continues to prove with each fight that he’s one of the more underrated talents in the entire world.

Undefeated as a middleweight, Whittaker has beaten everyone thrown his way and done so with flying colors. In his next test, Gastelum, he’ll be fighting perhaps the youngest and hungriest of challengers.

Stylistically, it’s a clash between two of the smartest technical strikers out there. With each never looking to play it safe, we should see a non-stop action chess match.

Will Gastelum make good on his first career title shot? Or will “The Reaper” add another name to his list of victims? We’ll find out in Melbourne on the 9th.