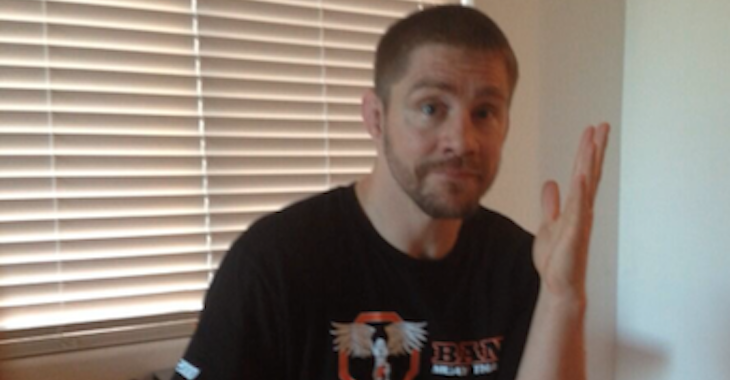 Duane “Bang” Ludwig has reinvented himself as a world-class striking coach after a long and storied mixed martial arts career of his own.

These days, “Bang” is the former bantamweight champion TJ Dillashaw’s lead striking coach, who has ramped up Dillashaw’s striking immensely. Ludwig was largely credited at improving the striking for all of Team Alpha Male before leaving alongside Dillashaw in what many perceived to be a kind of mutiny.

Regardless, his protege TJ Dillashaw got himself back into title contention following his victory over fellow bantamweight contender Raphael Assuncao at UFC 200.

With current 135 pound champion Dominick Cruz, the same man who took Dillashaw’s belt in a highly contested decision victory in January 2016, set to defend the belt against Cody Garbrandt at UFC 207, “Bang” had some choice observations on why TJ was passed over for a title shot.

Check out what Ludwig had to say about the UFC’s announcement of Cruz vs. Garbrandt!

“I think it’s a combination of a few things,” Ludwig told BJPENN.com Radio. “We’re really bummed out because it basically just proves the fact that Cruz doesn’t want to fight TJ. I mean TJ fought Raphael Assuncao, the number two ranked guy, and it wasn’t an easy fight, but he went through him pretty easily. He stuck to the game plan. We beat the number two (ranked) guy, on paper we should have gotten the immediate rematch after the Cruz fight (given how close the fight was), but we go and beat the number two guy, we should have gotten the rematch (with Cruz), so now we’re asking to fight (John) Lineker who’s the number three guy to continue to prove the fact that TJ is a world champion. If he beats the number one, two, and three ranked contenders, while the champion is fighting the number eight guy now, or his last fight were he didn’t even fight someone in the top ten.”

“I haven’t even met the new owner, Ari (Emmanuel), but he must be a Cruz fan for sure. I mean look at the fights they’re giving him.”

“They must really love Cruz.” Do you agree with Dillashaw’s coach that TJ deserved the next shot at Cruz’s belt? Why do you think the UFC chose Garbrandt over Dillashaw? Sound off, PENN Nation!