Home » MMA News » The Man Whose Hands Are “Deadly Weapons” In th... 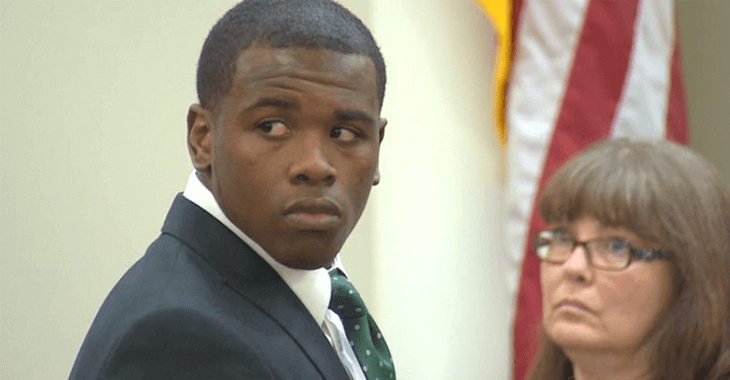 By Erik Magraken and Michael Martin

There is an old and amusing myth, perhaps originating from tacky ads in comic books and martial arts magazines, that trained martial artists must register their hands with local authorities as deadly weapons. The truth is there is no such regulatory requirement in North America. You’d have to go to the US territory of Guam in the western Pacific Ocean (part of North America politically but not geographically) to find such a requirement.

One Arlington man, however, can now boast his hands are recognized as “deadly weapons” in the Lone Star State, and can point to government documents to prove it.

The Texas man, Jamual Edward Parks, should not take pride in his accomplishment, despite its novelty, as this recognition stems from a criminal assault charge he was convicted of.
Parks assaulted a police officer in the course of her duties on November 24, 2013 and struck her with his “hand or hands”. Parks was a trained MMA fighter and this fact persuaded Texas to up the charges to Felony Aggravated Assault with a Deadly Weapon. Assistant District Attorney Bill Vassar told local media as follows with respect to designating Parks’ hands as ‘deadly weapons’ – “It’s pretty unusual, but in this instance — because he is an MMA fighter — we thought it was appropriate to charge his hands as deadly weapons.”

Parks plead guilty to the offence on November 2, 2015 and was handed 6 years in prison.
With the guilty plea come Court documents confirming the plea was accepted and Wayne Salvant, the presiding judge, was satisfied that Parks’ “hand or hands” were indeed deadly weapons.

Here we come to the heart of the matter- this case demonstrates that a trained fighter can be exposed to greater repercussions if their skills ever get intertwined with the judicial system in cases of criminal or civil assault and battery.

Self-defense arguments are notoriously messy in both civil and criminal matters. Generally, one can only use the degree of force reasonably necessary in these situations. Expect as your level of competence as a fighter increases, so too will the probable assumption be made that you were reasonably able to scale your response to a violent situation accordingly. An RNC held until your opponent is unconscious is not your go-to move against the drunken asshole who’s been pelting you with peanuts in the bar trying to get you to fight.

If you’re the type to violently assault others because it’s “alpha male shit” and you’ve got an uncontrollable propensity to establish your uber-ape status physically- seek help. Now. Otherwise, expect your reputation, training, prior acts, and more to be used against you in your inevitable criminal prosecution. Prosecutors can look at all the circumstances of a case, including the suspect’s past criminal record, in deciding whether and what to charge.
In conclusion, it’s probably best to leave the street fighting to Ryu and Ken. Or Phoenix Jones.

Erik Magraken is an oft-cited authority on combat sports law. You can find his blog at http://combatsportslaw.com/.