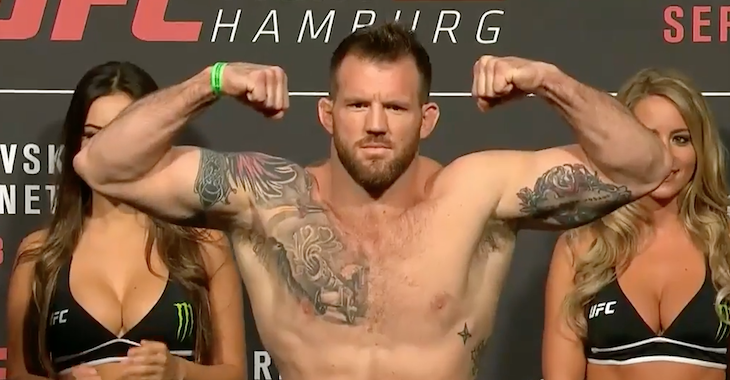 Another top fighter has left the UFC and has signed with Bellator MMA.

UFC light heavyweight veteran Ryan Bader who was recently ranked #5 on the official UFC rankings announced on Monday’s episode of The MMA Hour that he has signed with Bellator MMA.

Ryan Bader announces on #themmahour that he has officially signed with Bellator. Live now: https://t.co/1hMDSWdv2h

Bader holds a 22-5 professional MMA record and has fought in the UFC since 2008 where he and Vinny Magalhaes fought in The Ultimate Fighter 8 Finale where Bader beat Magalhaes by TKO in the first round. Bader’s last loss came against Anthony Johnson where the two fought in the main event of UFC on FOX 18 where Johnson finished Bader by KO in the first round. Following the loss to Johnson, Bader was able to pick up two big wins. In September, Bader finished Ilir Latifi at UFC Fight Night 93 by KO in the second round. Bader’s last fight in the UFC against Antonio Rogerio Nogueira where the two met in the main event of UFC Fight Night 100, which was in November. Bader finished Nogueira in the third round by TKO.

Ryan Bader and the UFC failed to come to an agreement for a new contract, and now the light heavyweight will make a new home with Bellator MMA. No date has been announced for Bader’s Bellator debut.