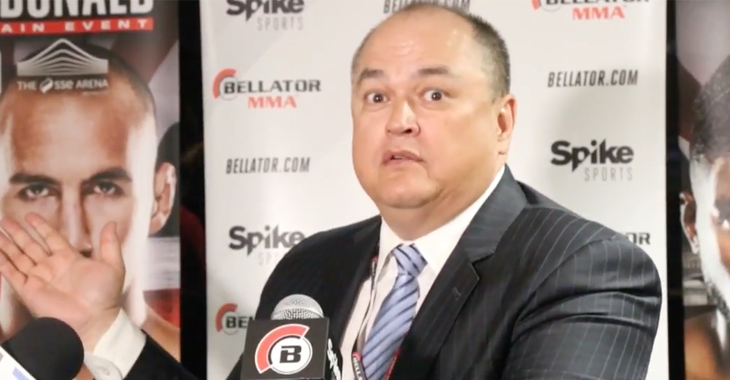 Bellator MMA has acquired another big name from the UFC roster.

Roy Nelson, Season 10 winner of “The Ultimate Fighter,” signed a multi-fight contract with Bellator, according to a report released on Friday by Ariel Helwani for MMA Fighting. Bellator has yet to make the official announcement of Nelson’s signing but is expected to do so in the next few days. “Big Country” completed his contract with the UFC with his last bout against Alexander Volkov at UFC on FOX 24 in April, which Nelson ended up losing by unanimous decision after three rounds of combat.

Nelson holds a 22-14 professional MMA record, going 9-10 in the UFC Octagon. “Big Country” has been on a hot and cold streak in his last four fights with a win over Jared Rosholt in February 2016, then a loss to Derrick Lewis in July 2016, picking up another win over Antonio “Bigfoot” Silva in September 2016 and then losing his last fight against Volkov in April. Nelson has always been a fan favorite with his honesty, humor, and fighting abilities, giving his round belly a rub following his wins. Nelson holds wins over big names in mixed martial arts including the late Kimbo Slice where the two met in an exhibition match on “The Ultimate Fighter.” Other wins include Antonio Rodrigo Nogueira, Matt Mitrione, Mirko Filipovic, Stefan Struve, and Brendan Schaub.

Who would you like to see Roy Nelson take on in his Bellator MMA debut? Let’s get your matchmaking skills to work and let us know in the comment section which opponent would be an exciting fight for “Big Country” in his debut.