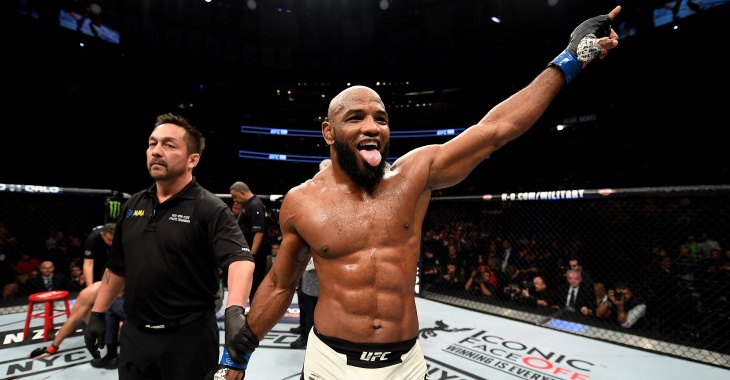 You know the Yoel Romero story by now: He missed weight, the fight went on, and he finished Luke Rockhold in spectacular fashion at UFC 221. it was a moment of glory that was only slightly blemished due to the percentage of his purse being taken and the fact that he wasn’t awarded an interim title. However, as Romero would say himself, ‘God is good all the time.’ While no official UFC announcements have dropped, our sources have confirmed Romero gets his title shot against Robert Whittaker at UFC 225 in Chicago on June 9th.

This is amazing [that the UFC proposed a possible title fight in Miami]. think if that happens, Miami is so big, [they’ll be] happy. Everybody in Miami [would be] so happy. I want it. I want it, I want this to happen. Cuba will [go] crazy, Miami will [go] crazy. Many people in the world will be so happy, it’ll [be] crazy, believe me. I’m very excited, I’m very happy.” — Yoel Romero speaking on The MMA Hour.

Before Robert Whittaker himself proposed the two meet at in Chicago, there were talks bouncing around that the title fight between the two could happen in Miami. While that would have been amazing, but it looks like the timing as well as negotiations couldn’t make that happen. However, along with UFC 225, the UFC has a lot of cards already on the docket that need big fights instead of creating new cards and the rematch between Yoel Romero and Robert Whittaker is definitely one of them. They first fought in July of last year at UFC 213, where Whittaker beat Romero in a decision.