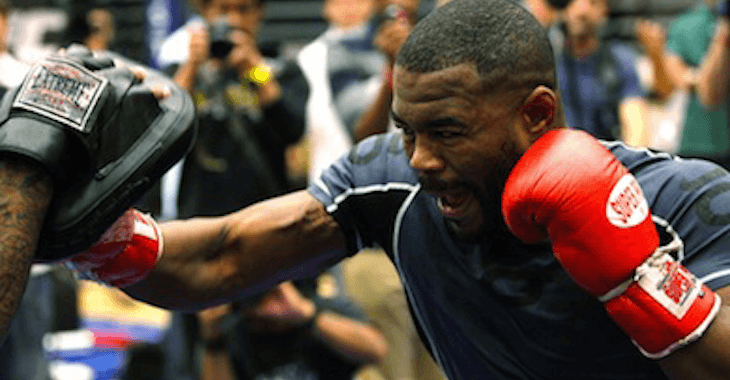 Eventually, however, this plan fell through. Bisping’s retirement plans were moved to the back burner, and Evans was left without an opponent.

Speaking on Monday’s edition of The MMA Hour, Evans discussed the cancellation of this plan. Apparently, he’d already begun training when the bout fell through. As far as he knows, it was all because of “contract problems” between Bisping and the UFC.

“I started training and getting ready for the fight, but then I didn’t hear anything back about a contract,” Evans said (h/t Peter Carroll of MMAFighting.com). Finally, I got a contract, but that was on the day that I learned that Bisping wasn’t going to take the fight. He wasn’t going to do the fight because he was having some kind of contract problems with the UFC.”

“I don’t think the fight will happen now,” he added. “I think that was fight that made sense to him at that moment. I don’t think it’s something that’s going to make sense for him. It may appeal to him, it may not. I really don’t know, but I’m not going to sit around and wait for it. I’ll just fight whoever and see what comes next.”

Apparently, Evans and Bisping didn’t actually communicate much as this fight was being put together.

“We spoke twice: once was when I accepted the fight — it was really respectful, ‘Good luck in camp’, kind of like the situation I had with Chael [Sonnen] — and the second time was when he told me that he wasn’t going to do the fight because of his situation. I didn’t ask him, I can only speculate, but I don’t know.”

Stay tuned for updates on Rashad Evans’ next fight as they emerge.