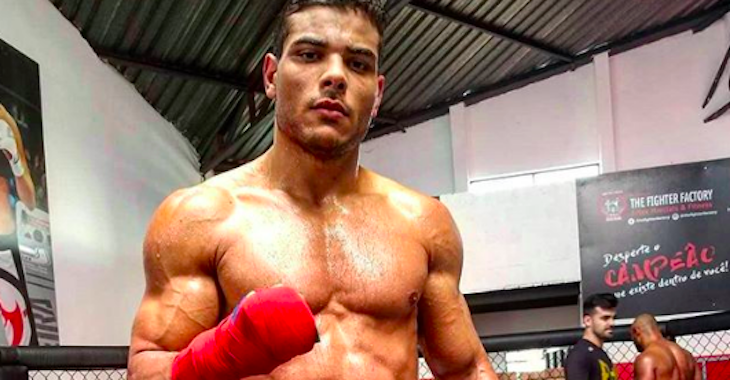 Paulo ‘The Eraser’ Costa may be wishing he’d have erased this latest video. On his official Facebook, Costa goes off on transgendered athlete and MMA fighter Fallon Fox. It’s unclear what prompted Paulo Costa to bring up Fallon Fox, considering she hasn’t fought since 2014 and is basically retired from MMA, but he had some very heated and controversial comments to say about her. Refusing to call Fox by her preferred pronoun, he even claimed that he’d fight her for free to ‘protect women’.

“[Fallon Fox] was born a man, and he is a man, even though he calls himself a transsexual. It’s absurd cowardice, not only by him, but also by the promoters of any event that has accepted this kind of absurdity. He has simply annihilated the girls who have fought against him.”

How @FallonFox became the first openly transgender fighter in MMA:https://t.co/rUQosaiQUh

“They were slaughtered, they put their lives at risk, they put their physical integrity at risk. I don’t want to get into [the personal aspect] of his choice, to be transsexual or not, homosexual or not. What happens here is that a man is fighting against girls, against women, as if he were one. This is absurd, and it can’t be accepted.” — Paulo Costa speaking from a video on his official Facebook courtesy of AG Fight.

In her six fights, Fallon Fox has only lost to UFC fighter Ashlee Evans Smith. She has since been inducted into the National Gay and Lesbian Sports Hall of Fame and has had a documentary released featuring her on Netflix. She’s fought for inclusion in MMA, as well as writing guest articles debating her critics points that she should have not been involved in the sport. Paulo Costa’s last fight was in November when he finished Johny Hendricks in the second round.