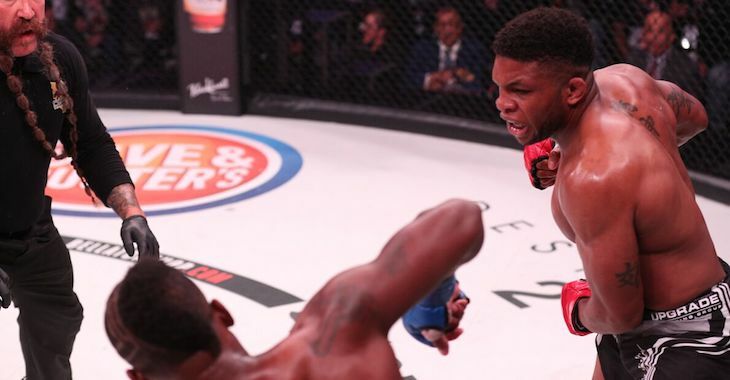 Despite being in this fight game for the last 15 years, Paul Daley had been pretty much lighting it up in Bellator. In his last 10 fights, he’s only loss to current Bellator welterweight champion Rory MacDonald and previous champ Douglas Lima. After multiple disputes with the Powers That Be, Daley said he had been released from his contract. Bellator was quick to refute the report, but either way it’s clear he wants to be on his way out. If the UFC is willing to take him back, he’s ready to test himself against the best in some fire match-ups.

“If Bellator are gonna act like they don’t want me then they should just let me go instead of backtracking in the media. I’ve had like ten inbox messages from promotions, princes, Kings of Dubai and Russian Oligarchs and all kinds of people. So, if they are gonna let me go just let me go. If the UFC contacted me I would go back there. Of course I would. All I want to do is fight the fights that I’m promised within a reasonable time frame.”

Looks like Paul Daley is on the look out for a new home…@martinksw…interested? pic.twitter.com/MtpSPM1Bu6

“I would love to fight all the big fights I could. Nick Diaz, Donald Cerrone, Rafael dos Anjos, Robbie Lawler and Tyron Woodley. Woodley has always been respectful, he’s one of the only guys who has given me props that he has fought me, every interview he has given he gives me the respect I deserve. That’s all I’m asking for from Bellator, just give me some respect. Just put some respect on my name, that is it.” — Paul Daley speaking to WHOATV.

For those weren’t around back then to know, Paul Daley was in a fight with Josh Koscheck at UFC 113 to decide who was going to challenge Georges St-Pierre for the UFC welterweight title. After the fight stopped, Daley hit Kosheck way after the bell out of frustration, resulting in him being released from the company. It’s been eight years since the incident and the UFC is a lot different now. It will be interesting to see if Dana White would keep to his word about never letting Daley back into the promotion.

“There’s no excuse for that. These guys are professional athletes. You don’t ever hit a guy blatantly after the bell like that, whether you’re frustrated or not. It was probably one of the dumbest things I’ve ever seen because he is a talented guy, and he is one of the best 170-pounders in the world. I don’t care if he fights in every show all over the world and becomes the best and everybody thinks he’s the best pound-for-pound best in the world, he will never fight in the UFC ever again.” — Dana White via MMA Junkie after UFC 113.